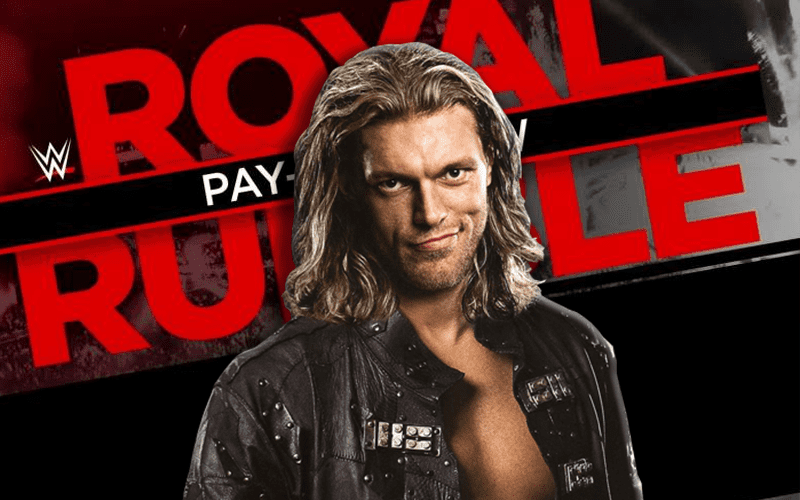 Edge has tried very hard to deny his return to the ring. He will soon stop denying those reports.

It was said that he was in Pittsburgh on WWE business. This came after he signed a new multi-year deal with WWE. Dave Meltzer reported that Edge was talking to AEW before WWE offered him a new deal.

Now Wrestling News has confirmed with multiple sources that Edge will be in Houston for the Royal Rumble match. This report went on to say he will be a surprise entrant in the Royal Rumble.

I just confirmed with two sources that Edge is scheduled to be in Houston this Sunday night, the site of the Royal Rumble pay-per-view. The source I spoke to did not know what Edge would be doing on the show but it looks likely that he will be a surprise entrant in the Men’s Royal Rumble match.

Edge will most likely be returning to the ring at the Royal Rumble. This will get a lot of eyes on that match. The big question is what will the Rated R Superstar be doing after his music strikes in Houston.