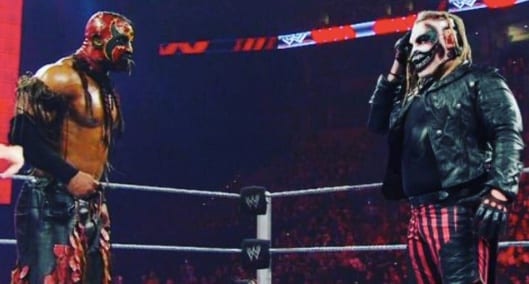 He may not have been everyone’s cup of tea when he first broke onto the scene, but The Boogeyman is the sort of character that could pop up anytime, anywhere and still entertain the fans.

Now, with the Royal Rumble looming large on Sunday night in Houston, the veteran is continuing to tease the possibility of another appearance – this time against “The Fiend” Bray Wyatt.

While the dynamic between the two men would make for an incredibly entertaining moment, the fact that Wyatt is booked to face Daniel Bryan as opposed to featuring in the Royal Rumble match could throw a spanner in the works.

Plus, some fans will forget that this actually happened a few years ago when Wyatt dismantled Boogeyman in the Royal Rumble match. Therefore, it wouldn’t be surprising if this was being done as a red herring.

There are bound to be a few surprises here and there throughout the course of both Rumble matches this weekend, and we’re really excited to see what WWE comes up with. There have already been rumblings of a few recent stars that will be in the Houston area during the event, and the rumors are bound to continue between now and when the Rumble actually goes down.

As for Wyatt, he is certainly going to have his hands full with Bryan in Texas. It doesn’t seem likely that he’s going to lose the title by any means, but we wouldn’t be shocked if WWE threw a curveball in there.