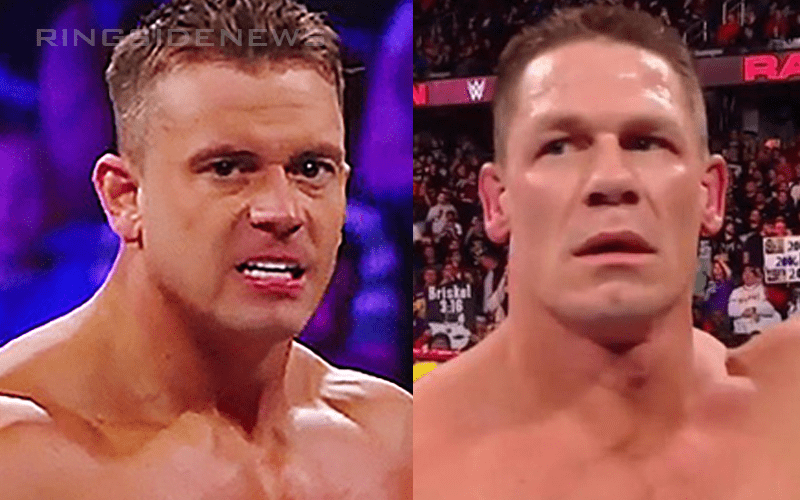 Alex Riley has been known to throw a jab at John Cena from time to time. An old story about a locker room argument could be the cause of that.

Riley spoke to Chris Van Vliet where a question about John Cena came up. He wanted to know if there was any fire to that smoke between Cena and Riley. The former WWE Superstar revealed that they did have a verbal confrontation backstage, but he quickly apologized for it.

John Cena was apparently pretty offended over it at the time, but Alex Riley is over it now as they patched things up.

“There was one mistake that I made or he made, where we got really crossed and got into an argument. I went to him immediately the next day and apologized. I think he was pretty offended. It was two grown men that just didn’t see eye to eye at the time. I’m not holding any grudges or anything. It is not something that I… I certainly don’t want it hanging over my neck for the rest of my life. There are a thousand stories like this.”

“Towards the end of it, I think we patched it up and figured everything out. It was a tough situation while I was there, but I respect John, I respect his work ethic. I certainly didn’t expect to be on the wrong side of it.”

John Cena is becoming a powerful name in Hollywood. Since Alex Riley is still pursuing acting he might want to keep John Cena as a friend rather than an enemy.