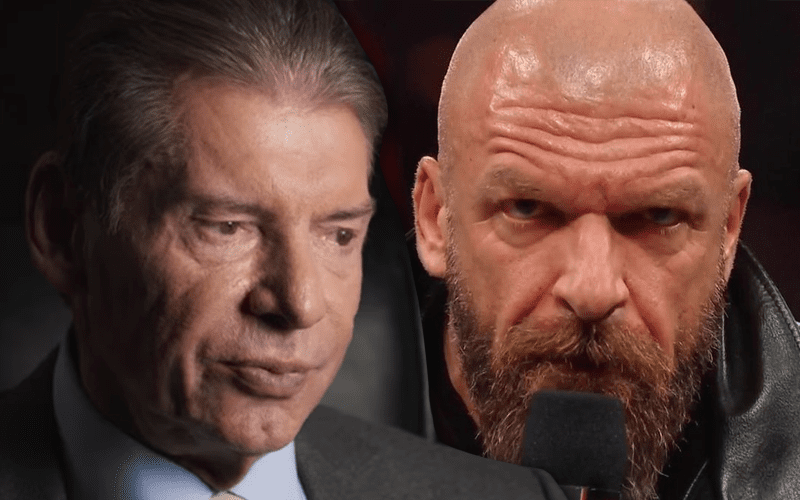 Vince McMahon runs WWE as he sees fit. His son-in-law Triple H really helps out as the company’s COO. Triple H wasn’t always an executive in the company because he started as just another Superstar. Now we know the truth about their first encounter.

Triple H recently sat down with LoudWire for an episode of Wikipedia: Fact Or Fiction. There are a lot of stories going around about Triple H and his father-in-law, but The Game revealed what it was like meeting McMahon for the first time.

“I came up and met with Vince, first meeting with him I don’t think he knew who I was, I think somebody had just asked him to take the meeting. I left thinking, ‘Well, I guess they weren’t that interested in me.’ I wrestled Starrcade, was my first PPV ever, I wrestled Alex Wright at Starrcade. They got Vince on the phone, and then Vince said, ‘Hey, I saw you at Starrcade yesterday, I want you to come here.’ And now he was what I wanted him to be. He was like, ‘I want you to come here, I think you’re a talented kid. I’m not offering you any spot, I’m offering you a spot. I don’t guarantee money.’ I had told him when I came in, it’s not about the money for me, I want to work everyday, I want to work the best, I want to be the best. And he said, ‘I promise you this, you’ll work here every single day, you’ll work with the best guys in the business, and if you want to get great, this is where to do it.’ That was all I needed to hear.”

Vince McMahon and Triple H obviously got closer as time went on. Now they know each other very well. Triple H wasn’t promised anything from the beginning. He didn’t have any guaranteed money. He only had an opportunity and he did a pretty good job making the most of that chance with WWE.