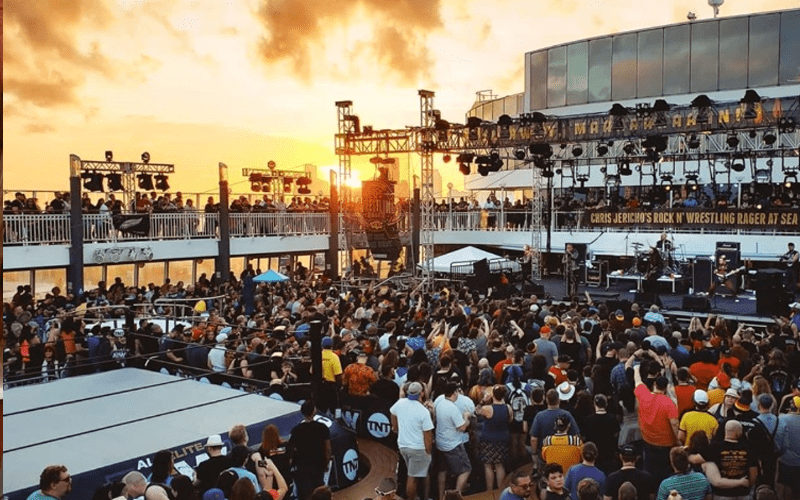 The second annual Chris Jericho Cruise is going on right now. The third one was confirmed last night by Y2J and will set sail in February 2021.

AEW will present a very special episode of Dynamite this week on TNT. They will be recording matches from the cruise ship, but not everything will take place on the high seas.

PW Insider reports that this week’s AEW Dynamite will be a mixture of matches from the boat and stuff they recorded last week in Miami.

Tomorrow’s episode of AEW Dynamite will be split between content on the Chris Jericho Cruise and material pre-taped last week in Miami with two different sets of announcers.

It seemed as though they recorded extra matches for AEW Dark last week. AEW might be using some of that footage on the main show. We’ll have to wait and see how everything turns out, but it will still be a very unique show full of pro wrestling.