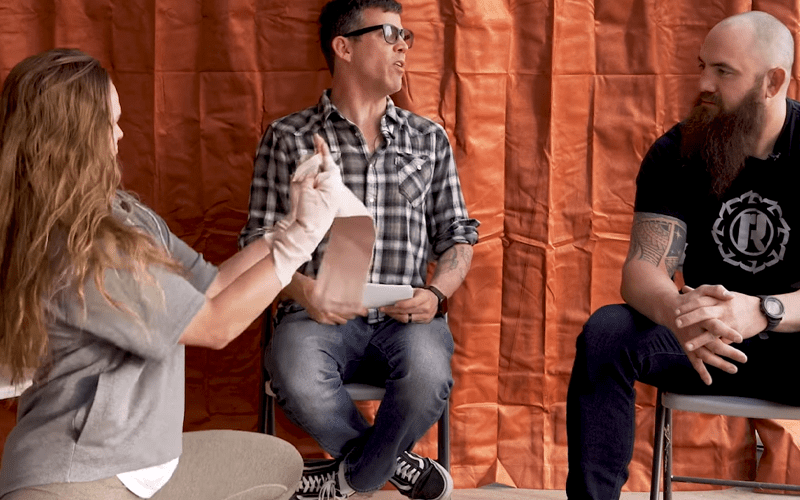 Ronda Rousey has some really cool friends. She recently invited Jackass star Steve-O to Browsey Acres for a little tour. While he was visiting, the comedian helped the Baddest Woman On The Planet out with her marriage.

“Uncle Steve-O’s Marriage Mediation” sounds like the kind of series that could really take off. He was happy to help out Ronda Rousey and Travis Browne with many problems they are currently having in their marriage.

Travis Brown had an issue about Ronda swimming with sharks and playing with dangerous animals. Rousey wanted to continue swimming with the dangerous fish. There were plenty more issues address as well.

This entire video was done up with piped-in crowd sounds to make it seem like they had a wild studio audience. It had a real daytime talk show feel.

You can check out the video below. There are many issues that Rousey and Browne seem to have. Steve-O might need to stop in for another counseling visit soon so they can continue this unique brand of couples therapy.