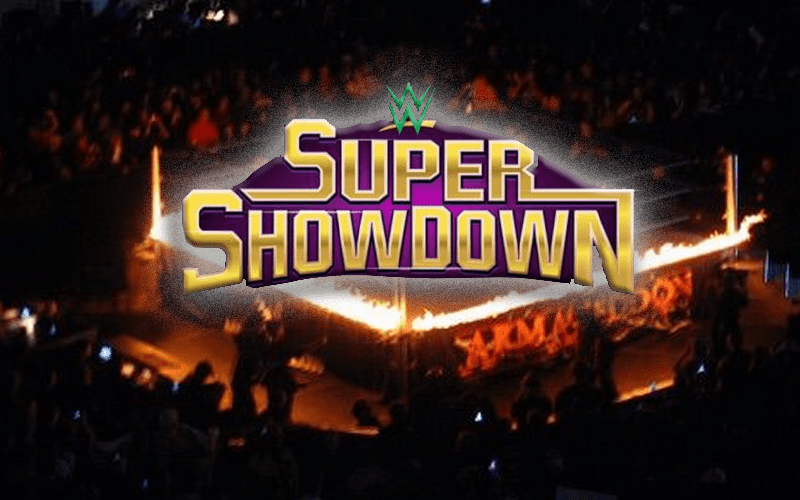 WWE’s deal with Saudi Arabia will continue for another seven years. Their next event is already on the calendar for February and there could be a big gimmick match on that card.

There is a graphic floating around the Internet Wrestling Community showing Bray Wyatt vs Kane for the next Saudi Arabian event. This graphic shows that the Super ShowDown name is coming back as well.

It is advertised that The Fiend will be taking on Kane in an inferno match. This will supposedly be for the WWE Universal Title.

We’ll have to see if this match gets officially booked. Several fans on the IWC have claimed that this advertisement is currently running in Saudi Arabia.