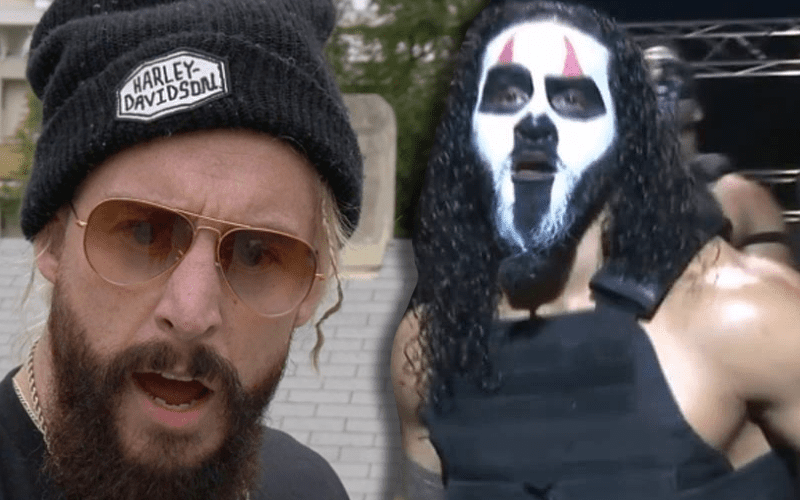 Enzo Amore and Tama Tonga might do battle eventually, but it has to be the way NZO wants it to happen.

The former WWE Superstar recently cut a promo on Tama Tonga. He claimed that they both know Amore was offered $25,000 to wrestle the GOD member. He turned it down.

Amore went to to explain that he’s turning down Josh Barnett’s invitation to wrestle Tama Tonga at Bloodsport III. Instead, NZO wants to do things his way.

“I don’t work for nobody. You and I both know, I got offered $25 grand for this match and I turned it down. Now, you wanna turn around and give the bag to charity? Touche. If you google ‘real one,’ my face pops up. I’m the realest guy in the room and that ain’t a work, that’s a shoot. Josh Barnett, thank you so much for offering me your platform at Bloodsport, maybe for a more worthy opponent. But we talking about practice. We talking about Tama Tonga. If we’re really gonna do this thing for charity, it won’t be on anyone’s platform. I called the venue directly, that you’re going to be at on April 2. They’re going to give my brand a ring, a venue, a referee, tickets, and any money that I raise, it’s going towards depression and suicide prevention. But make no mistake about it, the biggest charity I’m doing here is for Haku. Doing something nobody else could do for him, and that’s make one of his sons famous.”

We’ll have to see if those two will ever really get in the ring with each other. We can only imagine that plenty of people would be curious to check out that match.

Even if this match never really happens that was still a pretty good promo from Enzo Amore. He still has the gift of gab and you can check it out below or click here.