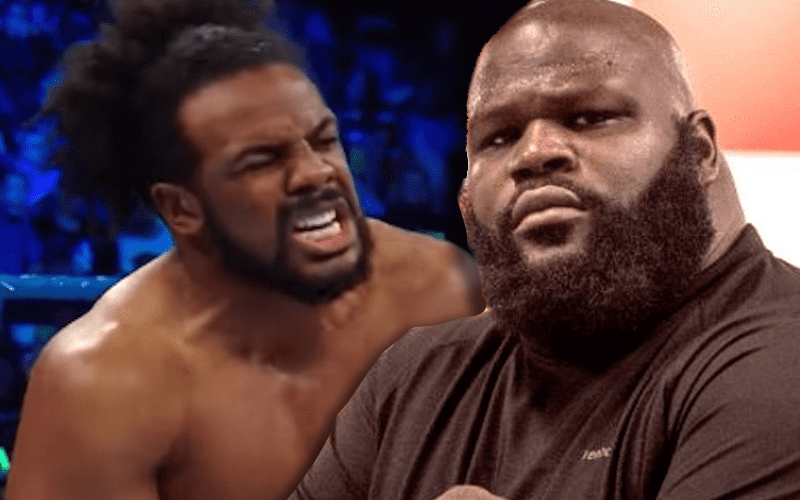 WWE Superstars get to meet some really cool people outside of the pro wrestling business. Xavier Woods has a great story about the time he got to meet his favorite rapper.

Xavier Woods is a huge fan of Lil Dicky. He said on The New Day: Feel The Power that he was a fan before a lot of people. Woods would watch his weekly videos and tell his friends to pay attention to him. Then he finally got a chance to meet his favorite rapper. Unfortunately, Mark Henry was also a fan.

“We’re about to take the picture and Mark Henry comes up: ‘HEY, HEY LIL DICKY! HEY HEY!” He’s getting out his phone — ‘HEY HEY LOOK I LISTEN TO YOUR MUSIC!’ Then he shows him his phone where he bought the album and he jumps in the picture with me and it’s cool I love Mark, it’s great, but can I get a second?”

Kofi Kingston said “it was so obvious” that Woods wanted to take a selfie with Lil Dicky by himself. Kingston and Big E were even standing off to the side going; “This is his moment.” Then Mark Henry jumped into the photo without anyone even realizing he was around. “He materialized,” Kofi joked.

Kingston said that it was hilarious because the smile on Woods’ face in that picture was “more of a grimace” while he thought about all the work it will take to Photoshop the World’s Strongest Man out of the photo.