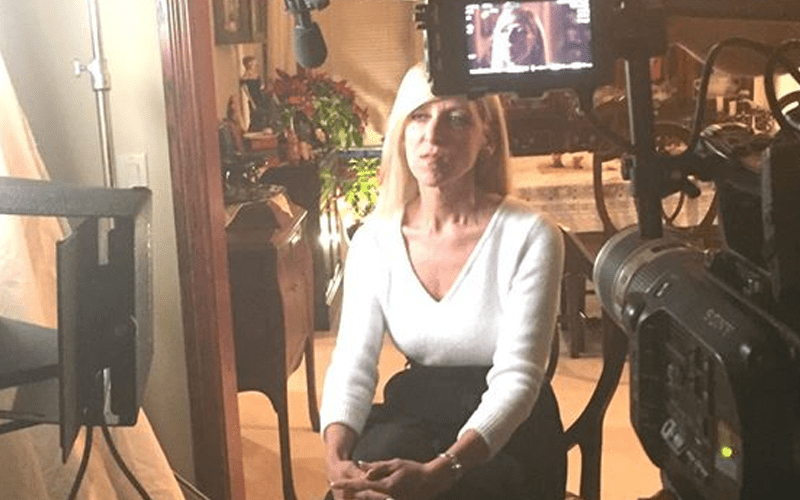 Owen Hart’s memory will never go away. The tragedy surrounding his death will forever be a dark time in WWE history. Martha Hart, Owen’s widow will never let WWE use his name or likeness either.

Dark Side Of The Ring is covering the Owen Hart tragedy in season two of their Viceland series. They sat down with Martha Hart for that documentary series where they got a very rare interview.

The Owen Hart Foundation updated their Facebook with some images from the interview along with the following caption:

New York’s Vice Media flew to Calgary to film OHF members Dr. Martha Hart, Virginia Xavier, Tammi Christopher, and Athena Hart for their upcoming Dark Side Of The Ring series airing this Spring on CRAVE TV in Canada. Thanks guys for a job well done!

There is no release date for Dark Side Of The Ring’s second season. The Owen Hart episode might be a can’t miss show.