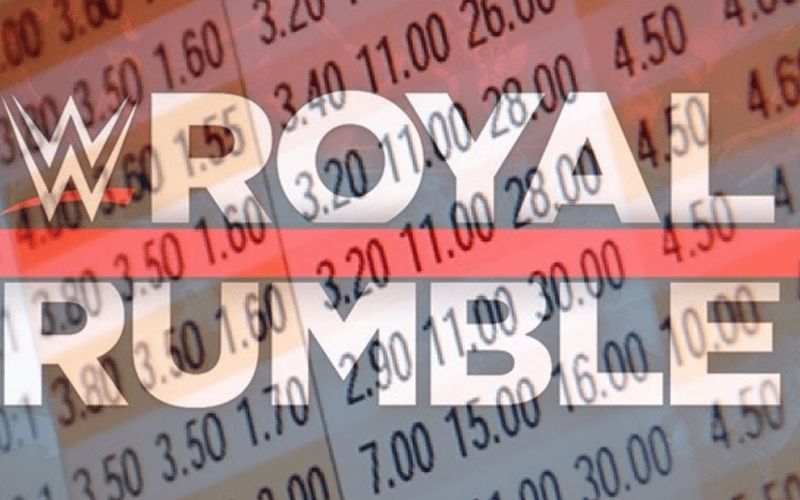 The Royal Rumble is taking place on January 26th and there isn’t a lot of time until the big Houston event. WWE also hasn’t given much of an indication about who is going to win the Royal Rumble matches.

The Men’s Royal Rumble match will start out with Brock Lesnar in the #1 entry. Interestingly enough, The Beast Incarnate is actually the seventh most likely to win the big match.

According to Odds Checker, all reporting bookies who take WWE bets are listing Roman Reigns as a clear favorite to win the 2020 Men’s Royal Rumble match. Second most likely is Drew McIntyre with Cain Velasquez coming in third.

The Wrestling Observer Newsletter noted that there is no clear winner, but Roman Reigns is a possibility. If he starts using verbiage again about getting the Universal Title back that he never lost then this could be an indication of their direction. The Big Dog mentioned it once, but soon got distracted by King Corbin.

Roman Reigns also has a falls count anywhere match scheduled for Houston against Corbin. That could play into the story at the Royal Rumble this year much like how Becky Lynch won last year while selling her leg after a Nia Jax ambush.