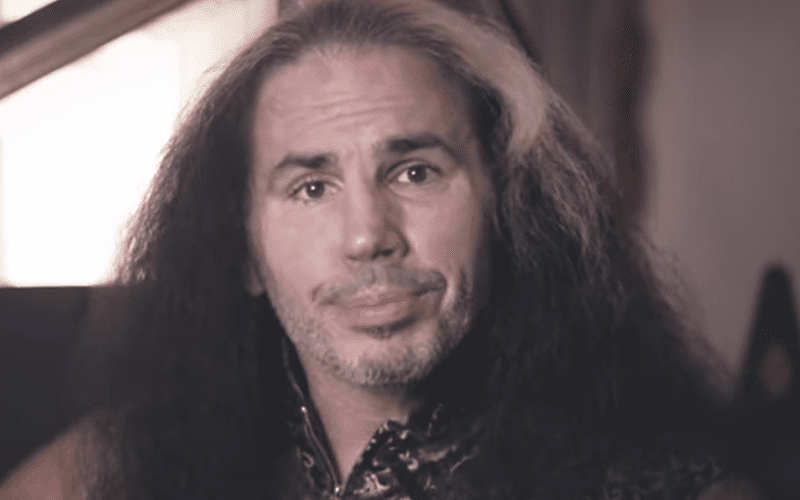 Matt Hardy isn’t being used on WWE television. He isn’t free to go either. Right now Hardy is in a state of limbo and his recent videos have included that theme.

We previously reported about Hardy’s first limbo video. Now he’s back with another installment.

Hardy proposed that he might be “Jokin’ Matt Hardy” now after telling his sons some jokes. His attempt at humor wasn’t well received, but a lot of kids don’t think their dad is funny.

You can check out the video below. Matt Hardy’s contract with WWE could be running up soon which would give him the freedom to compete where he wants. He also owns the Broken Universe so he might bring that with him to his new pro wrestling home.