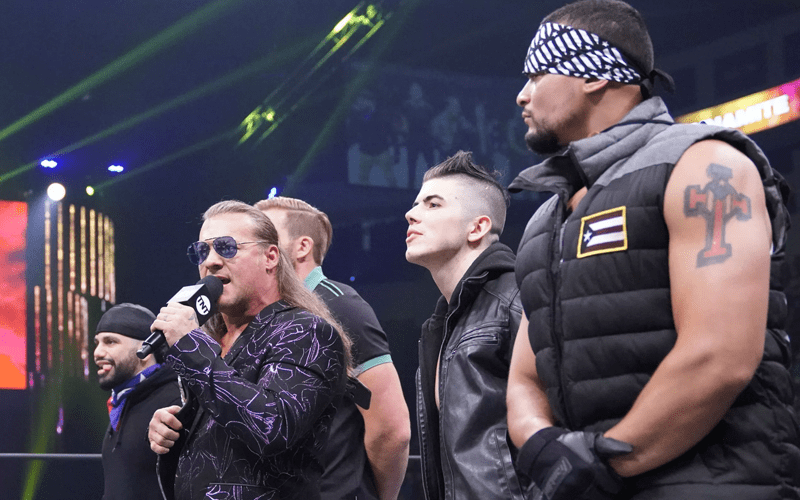 Chris Jericho did a lot of things before coming to AEW, but he was never in a stable. He’s been involved with tag teams, but the Inner Circle was the first time that he’s had a faction around him.

Jim Varsallone recently had a chance to speak with Chris Jericho. Le Champion of AEW explained why he is in the Inner Circle. It makes sense at this stage of his career. There was a time when WCW pitched for him to join the nWo, but there was no reason for that. Now the Inner Circle has a purpose.

“Yeah, it’s the first time I’m leading a stable and it’s also the first time I’ve been kind of the top guy-well, in New Japan, I was the top, top guy,” Jericho recalled. “I call myself the George Harrison of the Attitude Era. What I mean by that is, George Harrison is one of the greatest songwriters of all time. The problem is, he’s in a band with John Lennon and Paul McCartney, the two greatest, ever. I was a babyface in the Attitude Era. I was huge and super popular, but I was a babyface along with The Rock and “Stone Cold” Steve Austin. So, I would never be the top guy there. I could be the top heel, which I was for many years, but here it’s more about what Chris Jericho is doing for AEW to continue to get this company on the map to get it to grow.”

“It’s also the first time I’ve ever been in a faction. There’s a reason for that, I don’t play well with others. I never really wanted that. I remember back in ’98, one of the suggestions was for me to be in nWo and I was like absolutely not. There’s 15 guys in the nWo. They don’t need me and I don’t need them. For the Inner Circle, it enhances my character, our storylines, and gave five very talented individuals a much bigger platform and got them over to a much bigger degree as well.”

Chris Jericho is intelligent enough to know that everything has its perfect time and place. It wouldn’t have been as effective if a younger Chris Jericho was in a stable because he was a loner who did his own thing. Now he has people around him as he continues as a heel champion in AEW which seems to work out very well.