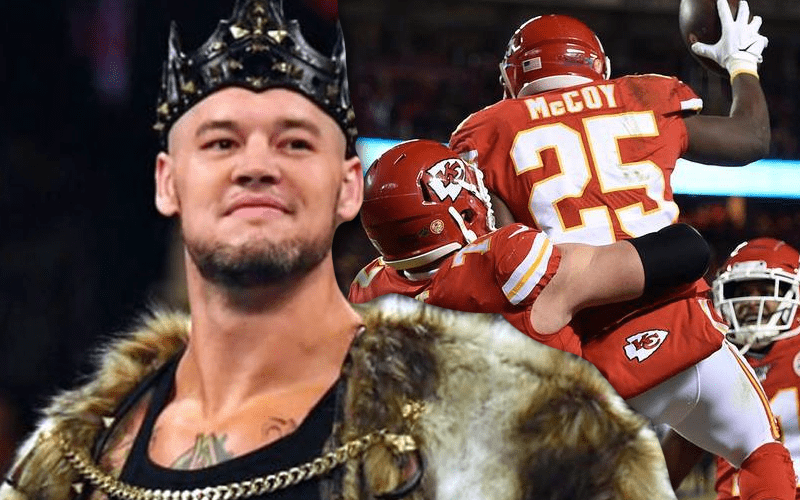 The Kansas City Chiefs are going to Super Bowl LIV. This is an exciting time for a lot of people including King Corbin.

Corbin never played for the Kansas City Chiefs. He did spend some time with the Colts and Cardinals. King Corbin considers Kansas his home and he is very happy to see his team going to the big game.

Corbin tweeted out: “Just a heads up, WWE I’m calling in sick now for February 2nd!”

WWE On FOX’s Twitter account replied back saying: “We’ll call our friends at NFL On FOX to have your throne ready in Miami.”

Fortunate for King Corbin it doesn’t appear that WWE has any house shows scheduled on that night.