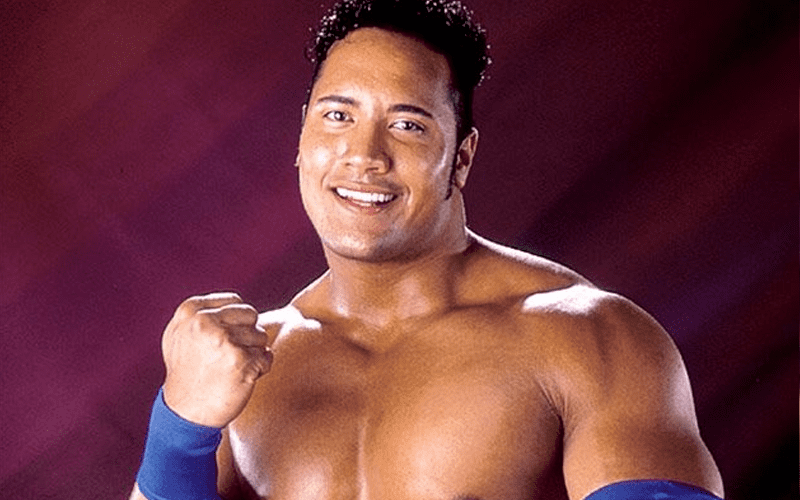 The Rock is a household name as Dwayne Johnson at this point, but even The Great One needed someone to train him.

Dr. Tom Prichard recently spoke to the Two Man Power Trip Of Wrestling. He remembers the first time he met Dwayne Johnson well and the experiences involved with showing him the ropes. The Rock was a natural so it didn’t take much work, but Dr. Tom Prichard is also a man who really knows what he’s doing.

“I want to say the summer of 1996 because that was the first class we had and it was three guys. It was Brakkus (Achim Albrecht), Mark Henry who was just coming off the 96 Olympics and Dwayne Johnson. So I believe at that time and probably starting in May he went to Memphis but I think he was doing some shows in Memphis and on the road a little bit and just getting his feet wet.”

“Of course, he had been around the business his whole life and he was a natural performer obviously and he came in along with Mark and Achim in August and we set up the studio (WWE TV Studio) at 120 Hamilton Avenue and we just started training. They had gotten each of us an apartment and we were supposed to share an apartment, I was supposed to share with Mark and it was going to be Achim and Dwayne and I just decided that as the coach I am going to go ahead and get my own place in downtown, lovely downtown Stamford, Connecticut and I did.”

“That was when I first met him in the summer of 1996 and I didn’t really know a whole lot about him except he was Rocky Johnson’s son but he had that chia-pet haircut, young and energetic and had a lot of personality but he was one of those guys that you knew had the look, he had the size, he had everything and the recipe for success.”

The Rock is very busy in Hollywood now, but you can never rule out another match down the line. The skills he learned from Dr. Tom Prichard certainly haven’t gone away even though he doesn’t use them nearly as often as he once did.

Thanks to Two Man Power Trip Of Wrestling for the quote