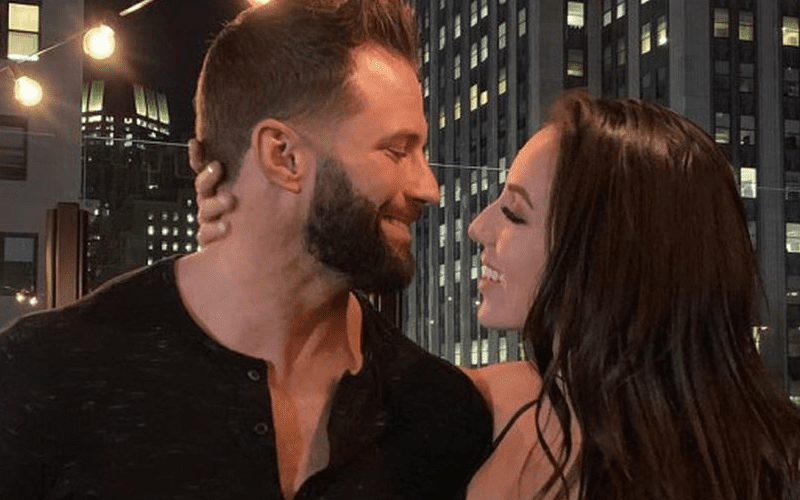 Zack Ryder and Chelsea Green met thanks to Cody and Brandi Rhodes. The rest was history as the two are still together to this day.

Green was recently interviewed by TV Insider. The NXT Superstar was asked about her relationship with the Broski. She also revealed that they have some fun stuff planned for their New Year’s Eve wedding ceremony.

He has been amazing. He knew I really struggled to get to NXT and to be part of this WWE family. He was with me a year and a half before I was even considered a part of NXT. It has been really great to have him there to support me. On the other hand it’s a lot of pressure to be with someone who has been with WWE for 13 years and in such a different place than me. I’m very happy to have him. It’s also very nerve-wracking to go out there and have my debut match and perform in front of all these people and also know that my fiancé is backstage watching. I want to do him proud as well. He is always so supportive of me. There is nothing I’m going through that he hasn’t been through. That’s really, really a great tool for me to keep calm and be patient and stay strong. He has really good feedback for me.

Of course, with his crazy toy podcast and love of toys and things like that, we’ve got some fun things planned — a little wedding pin we are going to give out to everybody at our wedding, fun stuff like that. I think we are going to do a New Year’s Eve wedding. We’re in the midst of trying to plan, but life on the road is crazy. It’s hard to plan a wedding when you’re on Raw, NXT, on the road. We’re both kind of taking it day-to-day.

Zack Ryder and Chelsea Green were engaged in April last year. We can only imagine how many toys Zack Ryder will get as wedding presents.