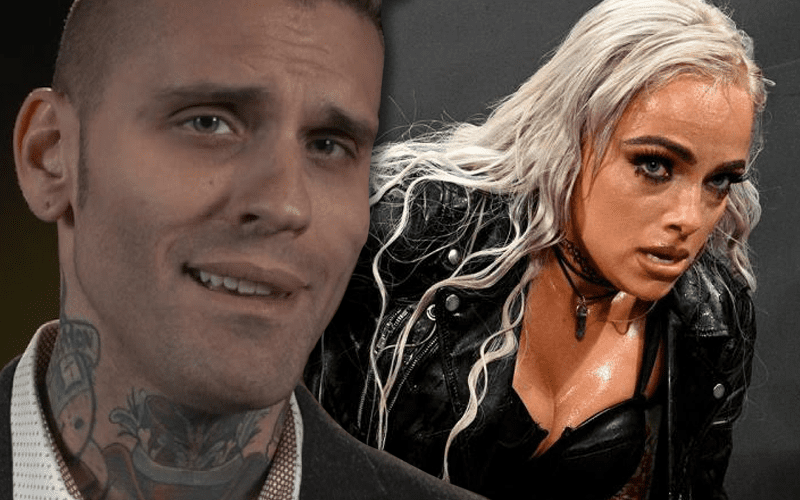 Corey Graves does not have to call the action on WWE Raw anymore. He still watches and wasn’t happy at all about this week’s outing for the red brand.

On After The Bell, Corey Graves unloaded on WWE’s product. He especially didn’t like the way WWE handed Lana, Rusev, and Bobby Lashley’s segment on Raw this week.

“Last night I wasted what was three hours of my life enduring what was an insufferable television show. I’m going a little hard in the paint, but I mean it in a place of passion. Raw was not all bad, but it left me with a really bad taste in my mouth.”

“I watch Monday Night Raw with a very different perspective now. For many years I called every minute of the action. I was kinda stuck in the bubble. Whereas now I’m sitting on my couch in Pittsburgh next to my girlfriend and my dog trying to enjoy Monday Night Raw as a fan.”

He said what really set him off was the segment with Lana, Bobby Lashley, and Rusev. It’s not the talents’ fault, but lately “the shows as a whole have just been lacking.”

Corey Graves also really didn’t like how WWE took a wide shot of the crowd during their match and all of the fans were silent and apathetic.

He said it got worse because of how WWE handled Liv Morgan on the show. WWE hyped Morgan, but she was absent from the match until the final moments when Lana showered her with soda.

He continued to drag WWE for hyping Liv Morgan as a star and then when she showed up “to do anything of consequence,” she is defeated quite easily with a cup of soda.