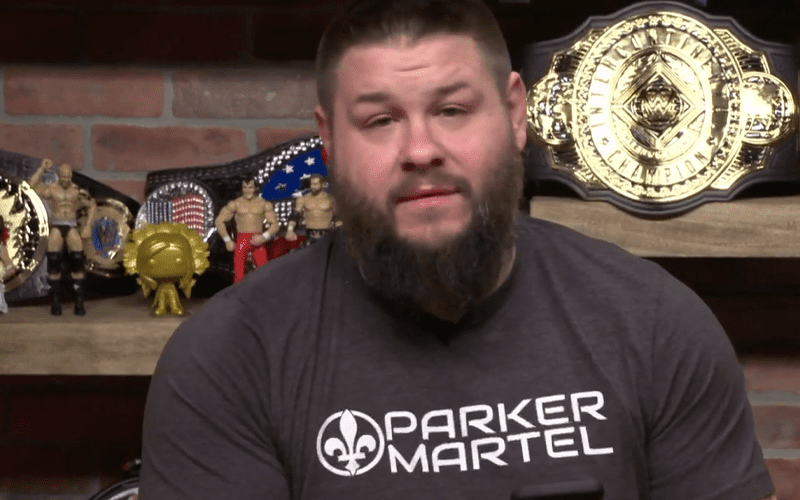 NXT is gaining a lot of popularity as USA Network provides them a fine home. Now the NXT Title means more than ever, but to Kevin Owens it was already on par with the WWE Title and Universal Championship.

While speaking to The Bump, Kevin Owens opened up about NXT. He also wouldn’t mind going back.

He compared the NXT Title to the top titles on the main roster and said he would jump at a the chance to compete for that gold. Owens also said that regardless of the NXT Title being in the picture he would still be fine with going back to NXT.

There was a time recently when some thought Kevin Owens might go to NXT. He was a surprise participant in WarGames during a time when NXT was loading up their show for the Wednesday Night Wars.

Kevin Owens is currently in a top feud on Raw with Seth Rollins and the AOP. We’ll have to see what’s in the cards, but the main roster seems to need him right now.