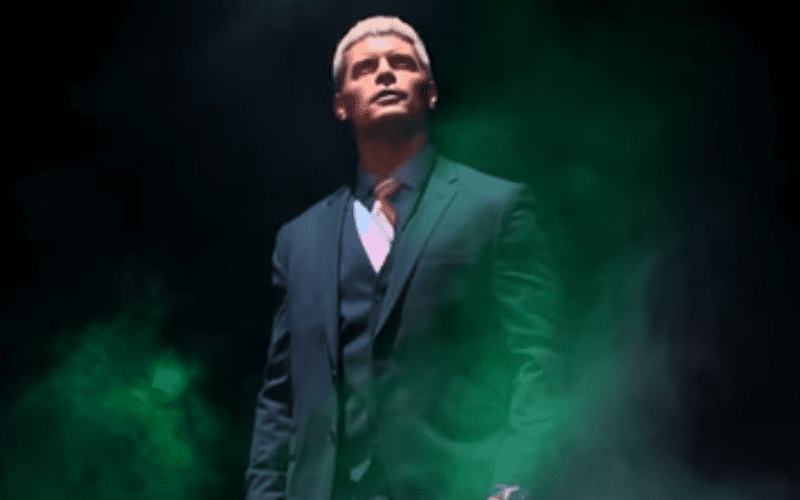 AEW and NJPW are not working together. This is in spite of many people getting their hopes up with Chris Jericho’s recent program with Tanahashi at Wrestle Kingdom 14.

The New York Post recently spoke to Cody Rhodes about the “forbidden door” between AEW and NJPW. He said the door between AEW and NJPW might be forbidden, but guys like Jon Moxley and Chris Jericho are able to get through it. In the end, each company is focusing on themselves.

“I think the thing that was strange to me was people were asking for this partnership. I don’t know what a partnership would look like other than what you saw. Chris Jericho was part of one of the main events of Wrestle Kingdom, Jon Moxley as well. They both were successful. What did he call it? The forbidden door? … The forbidden door. It may be forbidden, but clearly the door is opening and closing and opening and closing. It’s public knowledge that some guys here, myself included, have exemptions to work New Japan Pro-Wrestling. But I know that New Japan Pro-Wrestling’s focus is New Japan and AEW’s focus is AEW.

You can never say never about AEW and NJPW working together. Nothing seems to be on the way right now. It is just one of those things that fans can continue to wish will happen.

If both companies are concerned with themselves then they might be able to see the benefit of some kind of partnership.