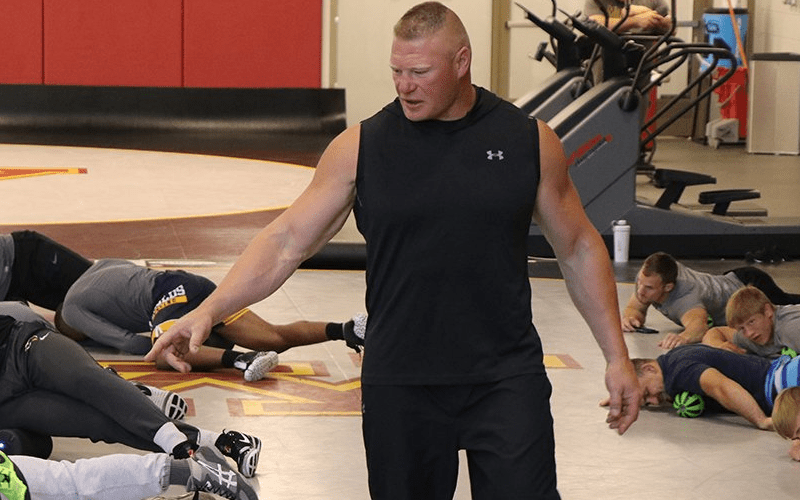 Brock Lesnar gets a lot of love from the University Of Minnesota and for good reason. He has stopped by before to help lend some advice on younger Golden Gophers. Now he’s an honorary coach.

The University Of Minnesota wrestling team announced that The Beach Incarnate is now an honorary coach. They are throwing a Brock Party in his honor while celebrating his 2000 NCAA Heavyweight Title. Their official website notes this honor.

International superstar Brock Lesnar has been named as an honorary Gophers coach for the team’s Big Ten opener against Wisconsin on Friday January 10, 2020 as the program celebrates the 20th anniversary of his NCAA Championship.

Brock Lesnar could easily snag a gig coaching college wrestling. He just doesn’t need to. It’s still nice that they gave him this honor while he continues as a part-time WWE Champion.