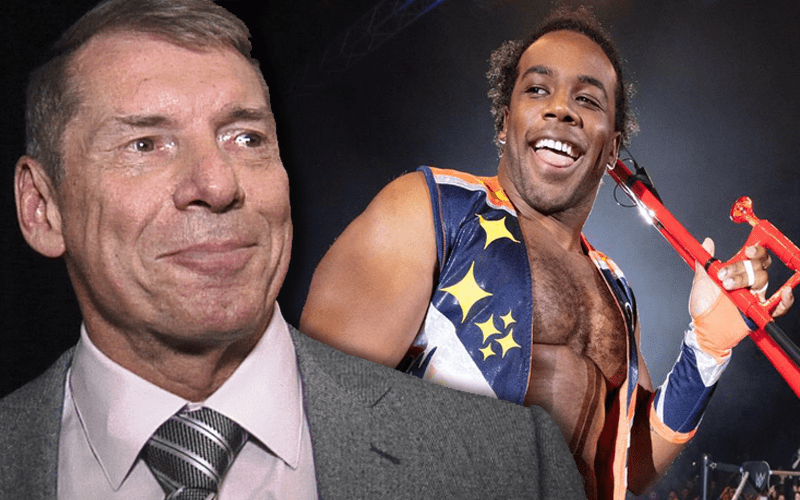 The New Day are known for many things included their lively entrance to the ring. Xavier Woods will play his Trombone Francesca II as they make their way to the ring, but how did Francesca I come about?

During The New Day: Feel The Power, Xavier Woods revealed how they were granted permission to have a trombone as part of their act. The New Day were just coming off a big SummerSlam win in Brooklyn and they were looking to test the waters.

“We had the [SummerSlam] match, we’re feeling good. They said ‘Tomorrow night on RAW maybe you guys could do something with the song ‘New York, New York.'”

“This is when they were starting to trust us to do whatever, they’re asking for stuff and kinda letting it slide. Let’s see how far we can go. At this point in our career we’re trying to see if we cold get into trouble. So I remember texting back ‘instead of singing it can you get me a trombone because I can play it by ear.’ I remember a couple of minutes later he texted back and said: ‘Sure we can get a trombone.’ All of three of us were like *gasp* what is happening?”

“I’m like ‘How do I use this trombone?’ So I learn how to play ‘New York, New York.’ We did our whole shtick and I was supposed to hand it off to our props guy nick at the bottom of the ramp and I saw him and in my brain I was like ‘i don’t know if I’m ever gonna get a trombone on live TV again so I’m gonna keep it for the match.'”

“During the match I would randomly play it and then during the commercial Stu the cameraman came up and said ‘[Vince McMahon] is laughing his ass off keep playing that trombone!'”

“I remember just getting back to the back and he’s cackling going: ‘ALWAYS, ALWAYS YOU ALWAYS HAVE THAT TROMBONE NOW! It’s part of the group!'”

Before they knew it, Francesca had a name and was part of the New Day. Xavier Woods might not be playing his trombone on live television right now due to an injury, but odds are Francesca will make a return right alongside him when his Achilles injury is healed.