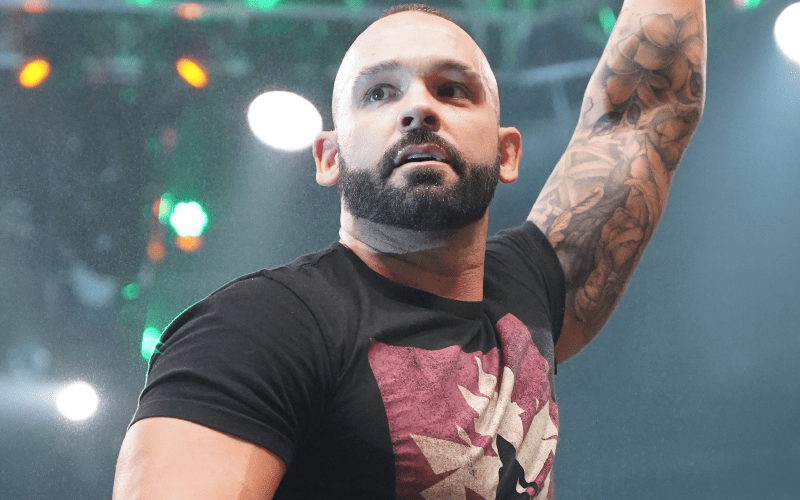 The excitement of Wrestle Kingdom this past weekend caused a great deal of traffic in the pro wrestling world on social media – as you’d probably expect given that it’s the second biggest show on the calendar in the eyes of many.

While a lot of that traffic came from the fans, performers from many different promotions also jumped in to share their thoughts on what turned out to be another home run of an event (well, two events) for New Japan Pro Wrestling.

One man who was clearly watching quite closely was none other than one of All Elite Wrestling’s top heels Shawn Spears.

The man he’s calling out is none other than Switchblade himself Jay White. White had a tremendous showing at Wrestle Kingdom, and now, many are wondering what the future could hold for the young Kiwi.

Spears has been treading water in the eyes of many ever since he lost his feud against Cody Rhodes. Despite that, though, it’s still pretty hard to deny the fact that Shawn has been on one of the runs of his career since walking through the doors of AEW.

We’d welcome this fight with open arms, if only because it serves as something a little bit different. We want to see how their styles clash, and more importantly, we want to see whether or not this is a sign that AEW and NJPW are going to engage in some kind of a deal that allows them to cross-promote with one another.