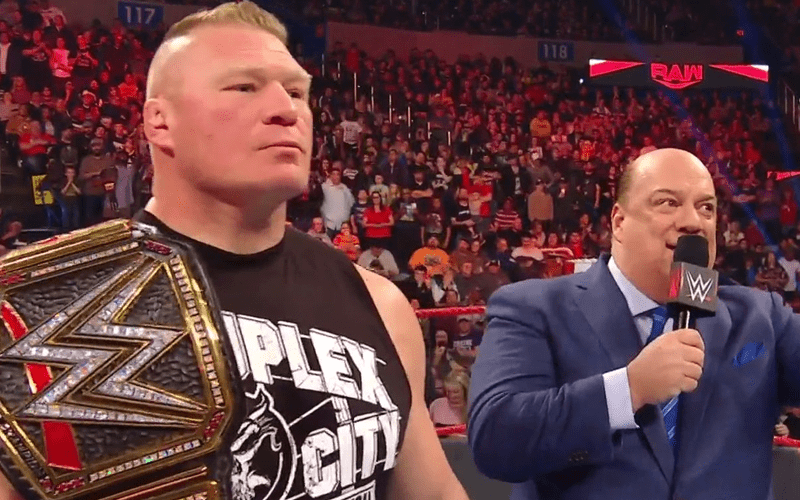 Paul Heyman and Brock Lesnar kicked off Raw this week. Heyman cut a promo about Lesnar doing something unprecedented that is a true “first time ever” which is totally true.

Then Heyman said that Lesnar will “go all the freaking way.” Brock Lesnar will enter the Royal Rumble match first.