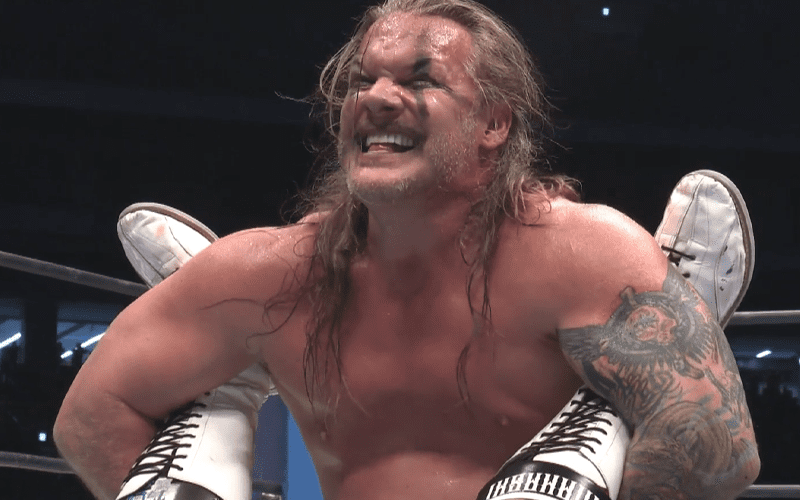 Chris Jericho defeated Tanahashi at Wrestle Kingdom 14. The forbidden door between AEW and NJPW is now closed once again. Jericho said it doesn’t have to be. He did fight hard to close that door in a brutal battle with Tanahashi.

During Wrestling Observer Radio, Jim Valley said that during the post Wrestle Kingdom 14 press conference Jericho revealed that he was pretty banged up.

“Jericho came in [to the press conference] and said his jaw was dislocated — Jericho’s jaw. He also said that his knee is swollen and he’s gonna have that looked at. He thought that some of the dragon screws did that according to Jericho.”

It’s unclear if Jericho was working for the press conference or if these are legitimate. We’ll have to see how things pan out and what shape Le Champion is on Wednesday for AEW Dynamite.