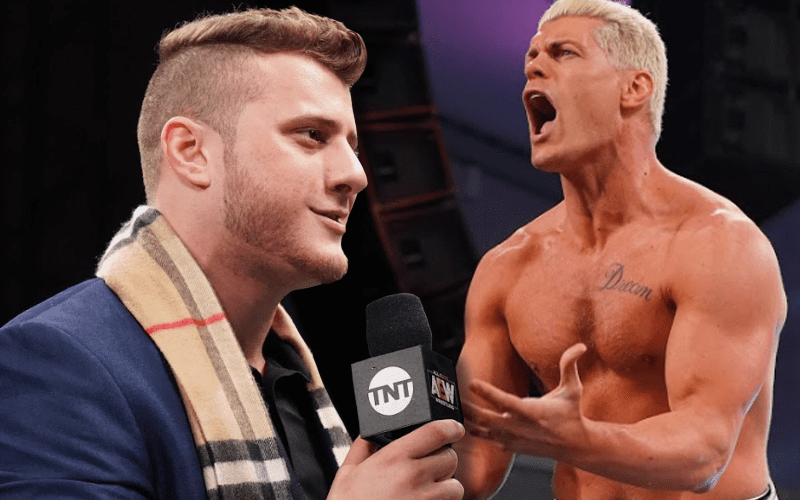 MJF showed up on AEW Dynamite this week and he did exactly what he promised. The Salt Of The Earth laid down stipulations that Cody Rhodes must abide to if he wants a match against him at AEW Revolution on February 29th.

One fan took a shot at MJF by putting over Cody Rhodes. They said that “hopefully that receipt for kicking the Nightmare Family jewels doesn’t come back to haunt you.”

Maxwell Jacob Friedman doesn’t seem to worry about this at all.

Cody isn’t man enough to agree to my stipulations.

Before Cody gets a match against MJF he’ll have to defeat Wardlow in AEW’s first-ever cage match. The date for that match was not announced because Cody Rhodes has yet to accept MJF’s stipulations.