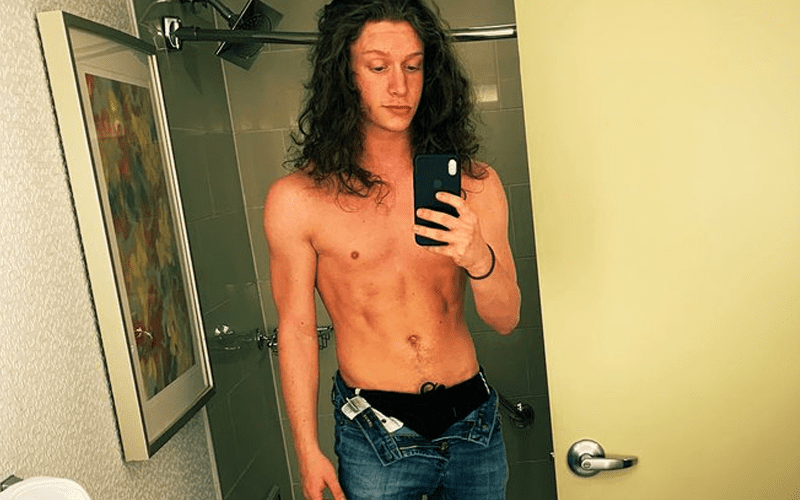 Marko Stunt has a growing fan base thanks to being part of the Jurassic Express. He also knows how to gain some attention on social media.

Stunt has uploaded videos showing off his musical skills. Recently he decided to ring in 2020 by posting a shirtless photo while standing on a toilet. He had a pretty prophetic caption to go along with this.

Marko Stunt posted this image on the internet and he was trolled immediately because it’s the internet.

Some fans urged Stunt to put the toilet seat down. Others dragged him for posting a thirst trap photo. Some didn’t understand his play on words. Either way, it didn’t seem to bother Stunt as he replied: “I live on the edge… of the toilet seat.”

You keep doing you, Marko.