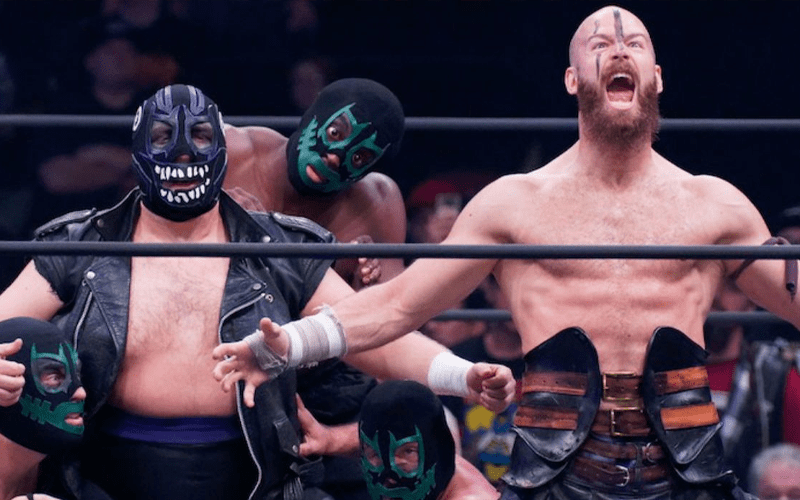 The Dark Order didn’t close out AEW Dynamite in the best way for their December 18th episode. They reigned supreme, but one Creeper was hard to miss as he threw some of the worst mounted punches in pro wrestling history.

AEW didn’t have Evil Uno and Stu Grayson come to the ring during Dynamite this week. They still appeared in Daily’s Place via a video screen. The Dark Order cut an ominous video promo and they dropped a big hint about the future of their story.

A reference was made to an “Exalted One” being in charge of The Dark Order. This wasn’t mentioned in the past, but it seems like Evil Uno and Stu Grayson could be acting at the behest of some mysterious supreme figure.

After The Dark Order’s promo on Dynamite, Excalibur brought attention to this on commentary as he asked “who is the Exalted One?” Excalibur seems to be clued into stories more than Jim Ross as he also knew who The Butcher & The Blade were when nobody else knew what to call them.

This could be an interesting 2020 as The Dark Order continues on their mysterious path in AEW. Some fans are starting to wonder if the Dark Order has some Broken leadership. We’ll just leave it at that.