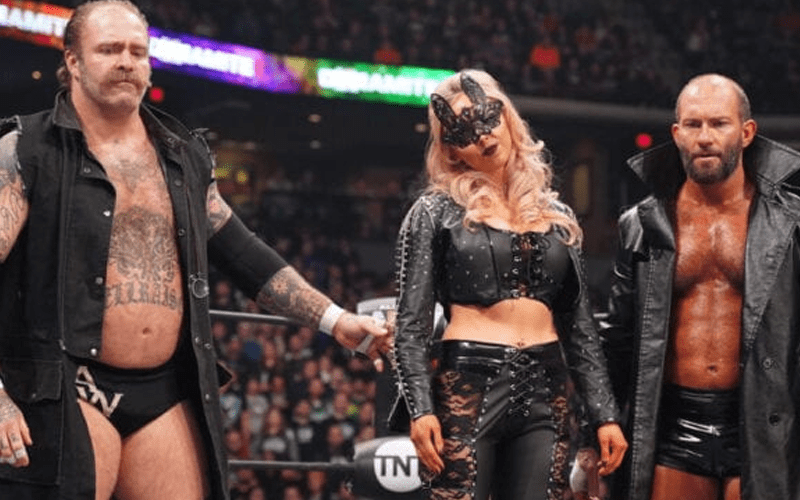 AEW debuted a new tag team on Dynamite this week and the fans were really confused. Fans in the Sears Centre had no idea who The Butcher & The Blade were to a great extent. Excalibur knew who they were and he said it on commentary, but not many people were clued in and that included Jim Ross.

JR had no idea who The Butcher & The Blade were when they appeared on Dynamite. That didn’t stop people from giving him grief over not knowing who they were.

(Hate to break this to some but I wasn’t supposed to know.)

On fan replied to JR to further “bust his Spauldings” by saying: “Well, you got Excalibur over here next to you who is apparently best buddies with them.” This caused Jim Ross to reply saying that “we weren’t supposed to know. None of us…”

You can click here to find all about who The Butcher & The Blade are. Along with Allie who is now “The Bunny,” they could make a big impact in AEW now that people know who they are.