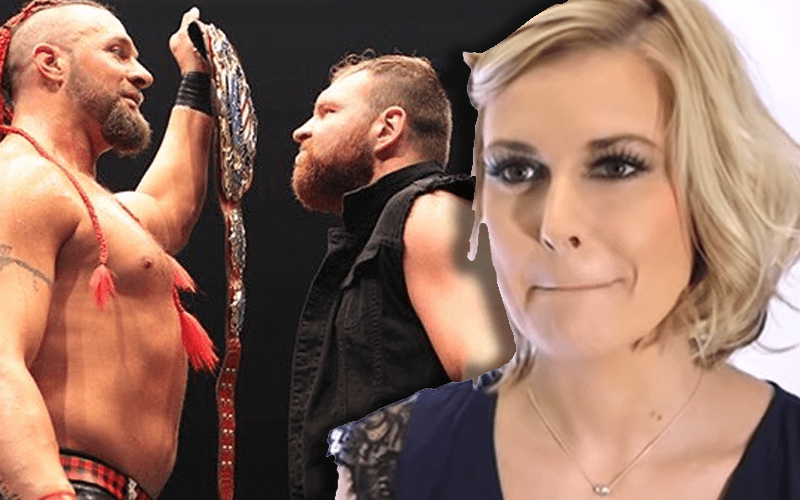 Renee Young recently disclosed that she feels as if she can’t talk about her husband’s matches. Since Jon Moxley left WWE there are always going to be fans that blow things out of proportion. She will be in Japan to support Mox for his Wrestle Kingdom debut.

Comedian Ron Funches tweeted out that he highly recommends walking around Tokyo listing to Gang Starr. It’s unclear if Funches is in Tokyo for Wrestle Kingdom, but it’s likely since he’s a superfan.

Renee Young commented back to Funches saying: “I’m there tomorrow. I’ll do it.”

Jon Moxley faces Lance Archer for the IWGP United States Title in a Texas Deathmatch at Wrestle Kingdom. If Renee Young didn’t like what her husband did to himself at Full Gear then the first night of Wrestle Kingdom might be hard to watch.