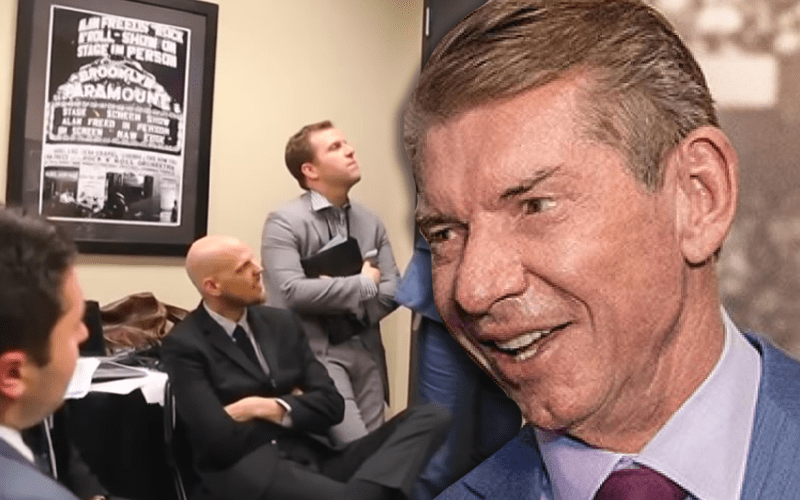 Lana and Bobby Lashley’s wedding went viral, but that doesn’t necessarily mean that fans were happy with it.

Former WWE writer Tom Casiello recently saw a tweet from a fan saying that WWE needs to hire him back as a writer. This fan used the Lana and Bobby Lashley wedding angle as proof.

Casiello tweeted back two separate messages to explain just how much power any writer has in WWE. The only person who matters is Vince McMahon himself.

While I appreciate the vote of confidence, those of us who survived that place know that it would have been the exact same segment no matter who the writer was assigned to it.

Once you’re hired there, it’s made quite clear to you that any former experience you have is inconsequential. You must relearn at the feet of one man only. Why, I remember the day he invented the concept of a supporting character. It was epic to behold.

Vince McMahon actually made it to RAW just as the show was starting. He was still in the building for the big wedding segment.

It seems like Vince McMahon has created a world around him where he is the one and only decision maker. He is also a writing guru of sorts. Odds are McMahon won’t hear much of the criticism about Bobby Lashley and Lana’s wedding unless one of their sponsors has a problem with it.