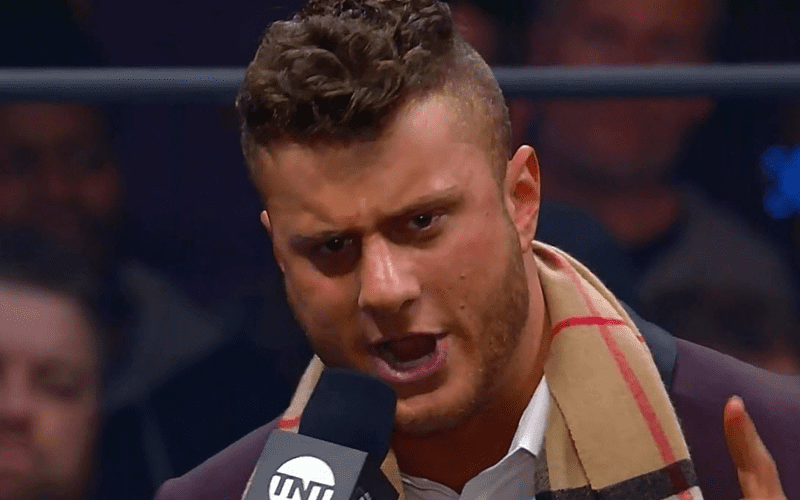 MJF isn’t fond of holding his opinion in. He also doesn’t appreciate it when fans try to interact with him. He’s better than them and The Salt Of The Earth recently unloaded on a radio show about how he feels about the fans.

Maxwell Jacob Friedman uploaded a video of him answering a question about why he “attacks” fans. He had an issue with the verbiage, but then he continued to explain his position. He’s the one feeling attacked by their opinions.

“Woah, that is a very strong word you just used. Attack? I feel attacked every time they think it’s okay to have an opinion. Allow me to point out something that everyone is nervous to point out in my industry because everyone is nervous about ‘being cool.’ Guess what? I’m getting paid well over six figures and I don’t give a sh*t whether these people think I’m cool or not. Here are the facts.”

“But what are they doing? They’re sitting down on their couch eating Flaming Hot Cheetos watching their chins triple and they’re bitch and moaning about my show? You couldn’t hold my jock strap, okay? How do you think that you should even have the right to at me on Twitter, to walk up to me on the street? To make eye contact with me, to breathe my rarefied air? You shouldn’t! You shouldn’t because you are lazy you decided not to follow your dreams. You decided to be an armchair quarterback and guess what? Has an armchair quarterback ever won a Super Bowl? Nope, they have not.”

MJF has a big announcement to make on AEW Dynamite this week. Cody Rhodes really wants a match with him, but The Salt Of The Earth isn’t eager to oblige. It seems like MJF is going to keep doing his own thing regardless of what fans think because Tony Khan keeps cutting him very large checks.