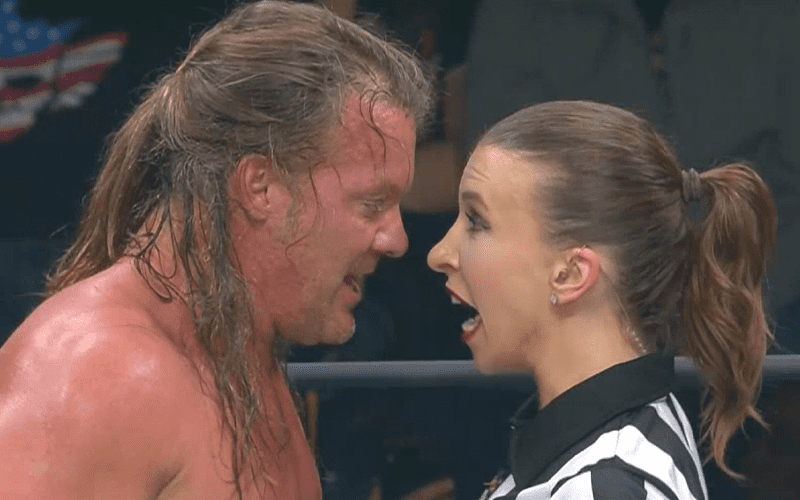 Chris Jericho knows how to tell a story in the ring and he needs a good referee to help him achieve the end result. Aubrey Edwards has captured a lot of fan attention as AEW’s female referee and she has had her moments with Y2J.

While speaking with Fightful, Edwards expanded on her time with Chris Jericho. She said that they have a thing going and she really enjoys the dynamic so far.

“I think Jericho and I have a thing going. I don’t know where it’s going to go from here, but he’s kind of a jerk. I worked with MJF before and that was alright. I really like working with Darby. We both came from Seattle. To have Seattle wrestling go from basically nothing to what it is now with 321 Battle, DEFY, and all these promotions popping up. For us to help build that region back up, it’s been a blast. Plus, his whole moveset is crazy fast. That’s my speed.”

Fans will likely see more moments with Aubrey Edwards and Chris Jericho in an AEW ring. They are only getting started and as Edwards finds herself in more big match situations she’s likely to keep running into Le Champion.