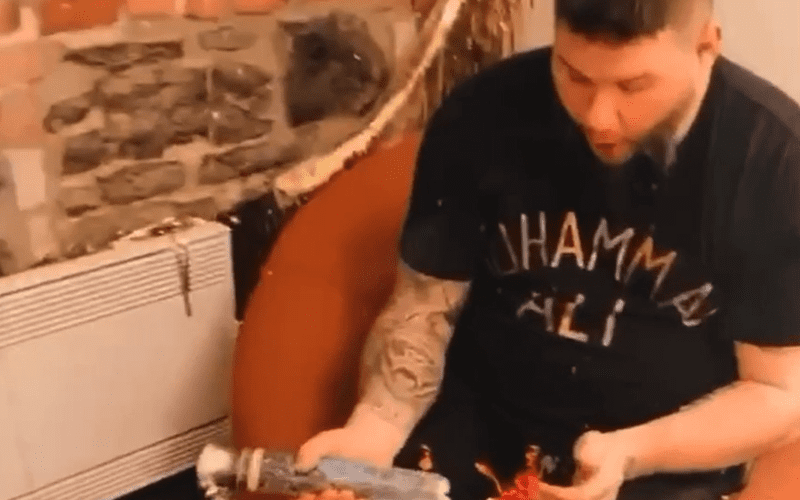 Kevin Owens spent new Year’s Eve with his family. He might have needed to pick different party favors because one of them had a target aimed at his nether regions.

KO bought a confetti popper, but it fired on the wrong end. Unfortunately for him that meant his jewels got an unexpected party as well. He later tweeted all about it to explain this Holiday mishap.

I shot myself in the balls with a confetti popper because I was holding it upside down.

Thankfully, Kevin Owens seems to be okay after such a startling ordeal. His daughter also had a good time playing in the confetti after her father threw some in the air for her. It was quite a moment to capture on video.

Yes, if you’re wondering if we got the video footage of the incident you can check it out below from our official Ringside News Twitter account.

Happy New Year from everyone here at Ringside News.