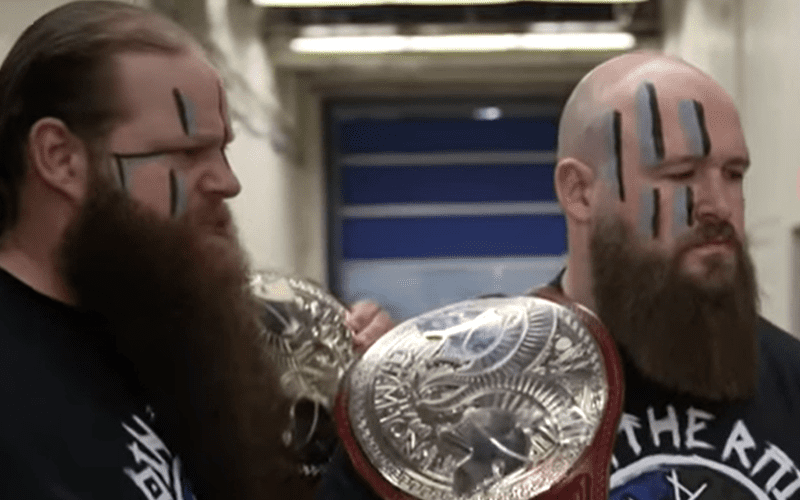 The Vikings Raiders re set for a big match on the first Monday Night Raw of 2020. They are ending the decade s RAW Tag Team Champions, but the seasoned team will face a real challenge next week.

The Viking Raiders will face The OC and The Street Profits in a triple threat match. Their Raw Tag Team Titles are on the line as well. Following the match announcement, the Viking Raiders had something to say.

“You can talk about us all you want, but your victories and your trophies are worthless,” Erik said. This was followed by Ivar saying that the Raw Tag Team Titles is what matters.

It will be a hard-hitting triple threat tag team match to kick off the decade. Let’s see how that match builds toward the future as the road to WrestleMania is well within sight at this point.