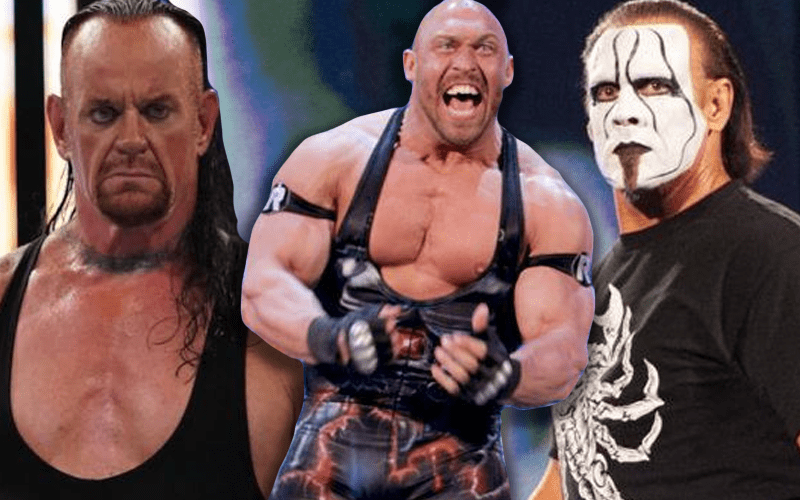 The Undertaker vs Sting is a dream match that fans haven’t seen yet. Sting seems open for returning to the ring for only one match and that’s it.

While speaking about this proposed dream match on Conversations With The Big Guy, Ryback stated that The Undertaker vs Sting is a lot different from Taker vs Goldberg. That dream match in Saudi Arabia between Goldberg and The Undertaker resulted in disastrous consequences.

Ryback stated that The Undertaker & Sting could be much better working together. The better idea might be for them to team up.

“I think the Sting and Undertaker match is a little different than the Undertaker vs Bill Goldberg match. We have seen what can go wrong with that and nobody wants to see that with those two. But I think if you give them two smaller young guys and let them have the entrances and have those two teaming together for one last WrestleMania, I think that is a very awesome magical moment. It will give us the best chance to have a decent match and preserve everything with their legacy.”

Goldberg also gave himself a concussion very early on in the match against The Undertaker in Saudi Arabia. That only complicated things more.

We’ll have to see if Sting vs The Undertaker ever happens, but WWE has two Saudi Arabian shows in 2020 which could provide enough money. On the same token the two legends teaming together also remains to be seen. One issue might be Sting’s statement that he would prefer to return for a WrestleMania match against The Dead Man.