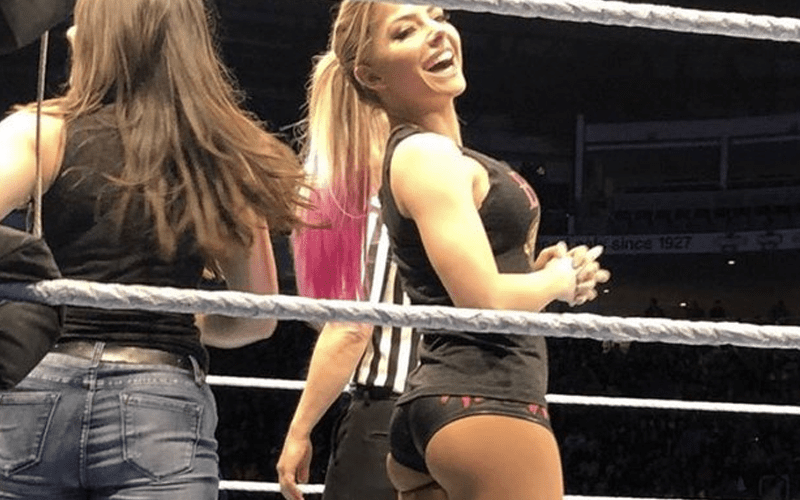 Alexa Bliss gets a lot of attention when she posts on social media. One recent picture might have received too much attention if you ask her.

Bliss recently uploaded a picture that showed off her backside. Plenty of fans liked it and retweeted it. As of this writing, the pic of Bliss’ bum has 3.3k likes and 50.5k retweets.

After she saw those social media numbers roll in, Bliss made a comment about how a picture like that dominates anything else she posts on social media.

Alexa Bliss might prefer it if the pictures of her dogs or pig got as much love as her backside does. That doesn’t seem to be how Twitter operates.

She still has plenty of fans who love updates on her animals so those aren’t likely to stop. Bliss probably just has a better understanding of her demographic now.