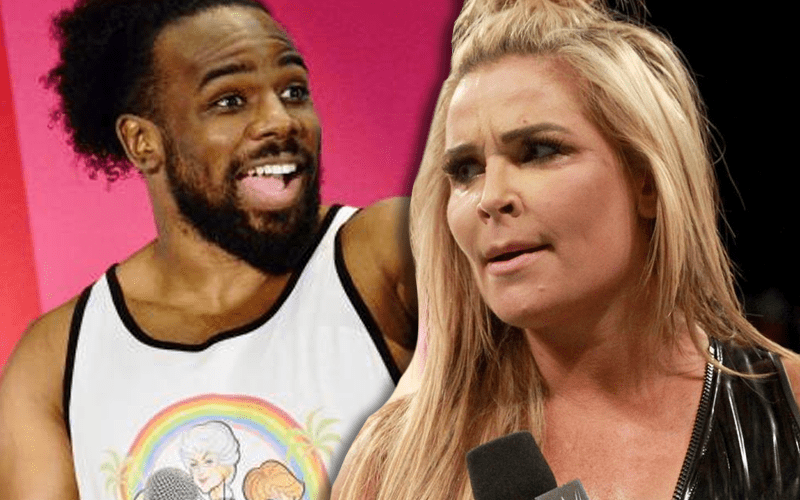 The New Day had an opportunity to work with Cesaro and Tyson Kidd when they were first put together as a team. During a European tour, Natalya got in the habit of slapping Xavier Woods every night.

During The New Day: Feel The Power, Woods told a humorous story about the first time Nattie slapped him. He has eczema so his skin is highly sensitive. His New Day teammates might not have realized exactly how much damage one slap could do.

“I have eczema so I have very, very sensitive skin so if I get slapped it will bubble up and you will see a print of whatever hit me, but it’s like a bumpy bubble up so it looks like I’ve broken out in hives. I was trying to explain this to you guys before we even did the spot [where Natalya slaps me]. You were like, ‘Oh cool whatever’ not thinking anything of it. Nattie slapped me, we’re all in the ring, I’m screaming about it and I remember I turned to Kofi and he goes, ‘[gasping in shock] What happened to your face?!’ I was like, ‘I told you I have sensitive skin,’ — He was like ‘you can see her fingerprints in your skin!'”

Xavier Woods seemed to make his eczema work for him in that situation. It is still a difficult issue to experience if not properly treated. It can also come up as an issue for Woods, especially if someone slaps him. At least he got a good story out of it.