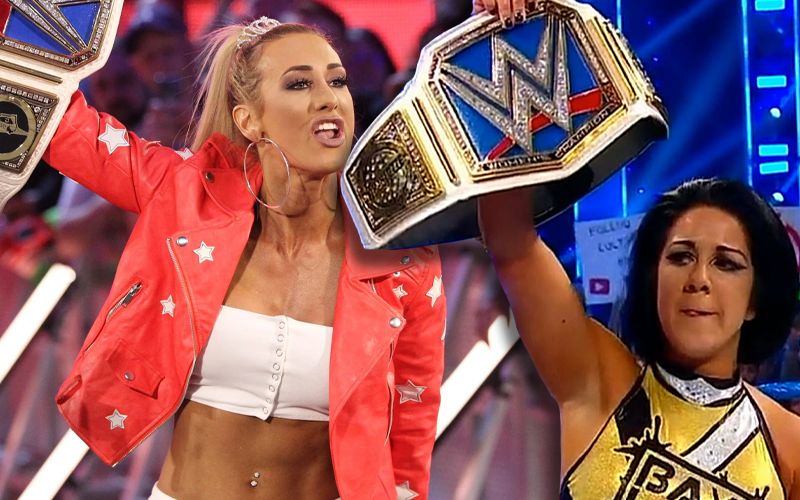 Carmella and Bayley seem to have ignited a little Twitter war recently. Now things might have to be settled in the ring.

Bayley made a comment about being happy to put a stop to Carmella’s momentum. This was followed by the Princess Of Staten Island firing back saying.

You’ve been SD Women’s Champ for a while now, but your title reign doesn’t hold a candle to mine.

One fan with the Twitter handle “Boss n Hug Club” called Carmella “irrelevant.” She replied to this little dig by saying: “No babe, your favorite’s title is.”

At this time it appears that Lacey Evans is next in line to face Bayley. She is currently engaged in a heated feud with both the SmackDown Women’s Champion and Sasha Banks.