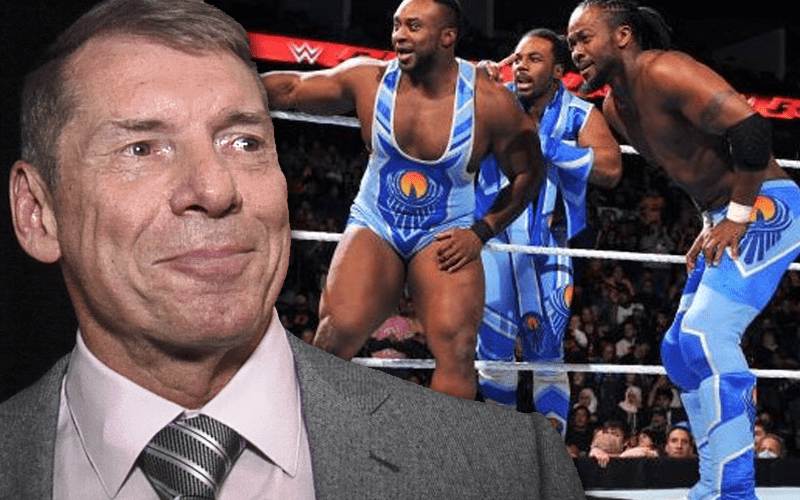 Vince McMahon allowed the New Day to become a team because he thought that people would cheer for him. What he didn’t realize was three happy preachers talking about the power of positivity in 2014 would receive a huge heel reaction.

During The New Day: Feel The Power, they discussed the moment when Vince McMahon finally allowed them to become heels. It turns out that McMahon was the only one who thought the New Day would be over as babyfaces as Kofi Kingston explained.

“He said that I really thought that people were gonna cheer for this thing. So, all of us started laughing you know because there’s no way people are gonna cheer three positivity preaching preachers in this day and age, you know what I’m saying in this day and age nobody’s coming to wrestling shows to cheer for something religious anything really.”

“We all started laughing. He said, ‘No, no I’m really serious I thought that this was gonna be something that people were gonna get behind.’ We’re like oh my god he’s the only one who actually thought this was gonna be an accepted dynamic, you know what I mean? I’m glad we got to do it though.”

Xavier Woods said that McMahon had a shocked look on his face when they told him that they wouldn’t be accepted as babyfaces. Woods said he still feels it was a test by McMahon to see how long they would put up with it before demanding to be heels.

Kofi Kingston thinks that McMahon wouldn’t have put that terrible idea on television unless he really believed it would work.