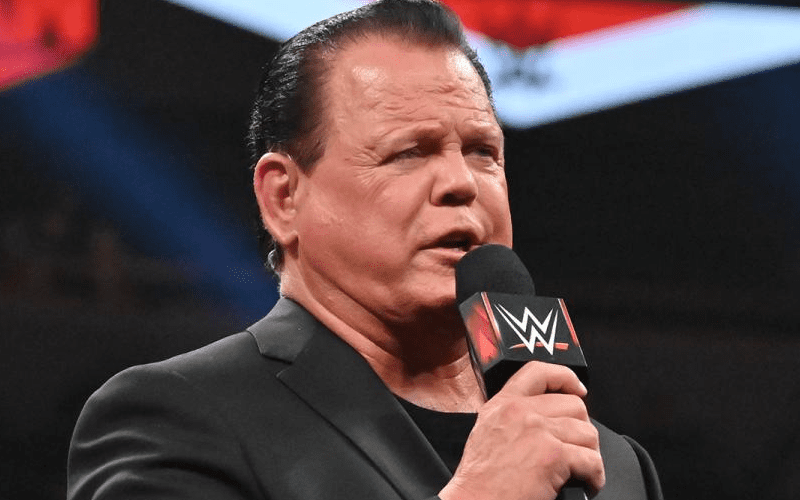 Jerry Lawler suffered a cardiac arrest while he sat at ringside on commentary. He had just wrestled a match and WWE can’t take that risk again.

During The Jerry Lawler Show, The King went into some detail about what WWE’s doctor told his girlfriend Lauren. They can’t take that kind of chance of Lawler having another issue which is something he understands.

“You know, the doctors told Lauren, ‘we can’t clear him to go back into the ring because he’s like a liability to the company.’ Whereas I told Lauren, ‘well, you gotta understand. You know, here I am. I had a cardiac arrest and died on network TV. Once I’m back and ready to go again, if they grant my request and they say, okay, we’ll let you decide what you think is best and they let me go out there and wrestle again. If something did, God forbid, something did happen again, it would be like a PR disaster for the company. Twitter would blow up.'”

WWE is a huge company and they cannot take the liability of Jerry Lawler having a complication on camera. The company also didn’t allow Ric Flair to take a bump at Crown Jewel and he apparently had a green light from a doctor.