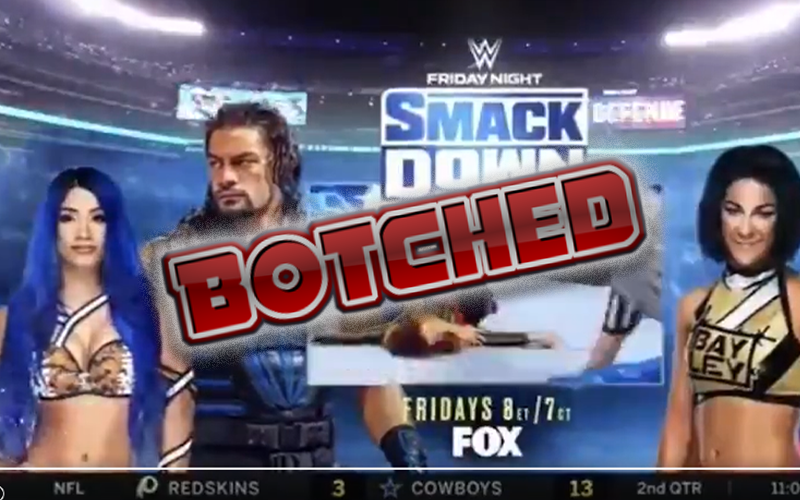 WWE and FOX have a pretty good relationship. FOX is paying a ton of money for SmackDown and WWE also gets guest spots on high profile shows like FOX’s New Year’s Eve countdown. They also get plugs during FOX sporting events.

One recent advertisement didn’t go quite as planned. Thom Brennaman was plugging Friday Night SmackDown during NFL on FOX when he asked something rather interesting:

“Do you know who Sasha Shanks is?”

No, we don’t know who Sasha Shanks is, but we do know who Sasha Banks is. This botch was obviously accidental, but it might also give the entire FOX broadcast team an excuse to brush up on their WWE Superstars.

You can check out the clip below to hear it for yourself.