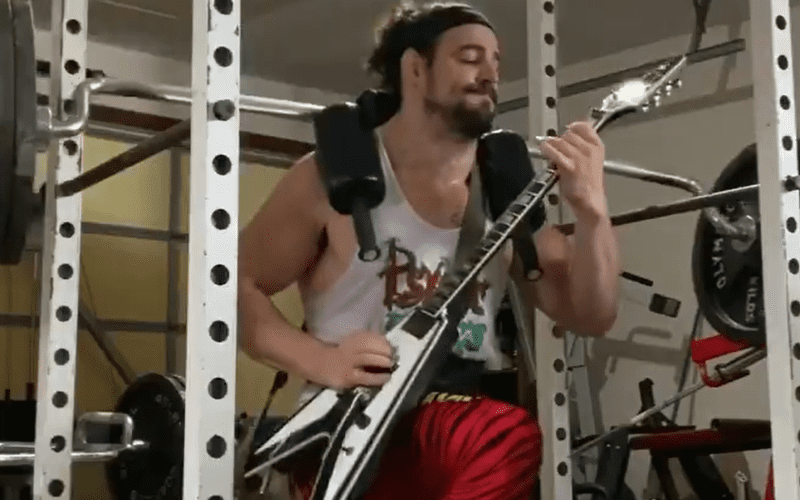 Rik Bugez (fka Eric Bugenhagen) knows how to rock and workout at the same time. He hasn’t appeared on NXT television since their USA Network debut, but he’s more than ready.

Bugez recently tweeted out a video that was quite impressive. It also took a lot of hand eye coordination. Rik Bugez lifted while he shredded on the guitar. It is something that is worth checking out.

He’s known for air guitar celebrations and he’s actually quite good with a real ax in his hands too.

Rik Bugez was very popular with the Full Sail crowd, but he went away. Perhaps WWE is holding him back for something else, but his charisma hasn’t diminished at all.