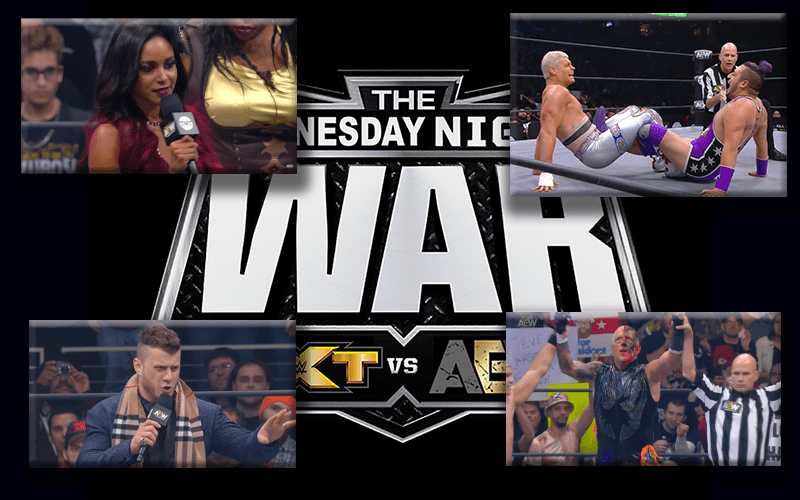 WWE NXT and AEW Dynamite still air at the same time and this is becoming an all-out war for a small fan base.

During Wrestling Observer Radio, Dave Meltzer explained why AEW is continuing with the small screen during commercial breaks. Fans might not be able to hear what’s going on, but it could retain an audience.

“They definitely have evidence that during the commercial breaks people go to NXT. This is why they started doing the insets more because of that very factor. That is why they do it because they did do that.”

“What they found also is that NXT don’t go to AEW. The NXT fan base for the most part is not an AEW fan base, but the AEW fans do like NXT.”

It sounds like there is some brand loyalty going on with WWE fans. They don’t want to give AEW a try, but those All Elite Wrestling fans are interested in seeing NXT Superstars.

This is why All Elite Wrestling continues their show with a picture in picture screen. If anything, fans can see what they’re showing on BR Live to subscribers in the rest of the world.