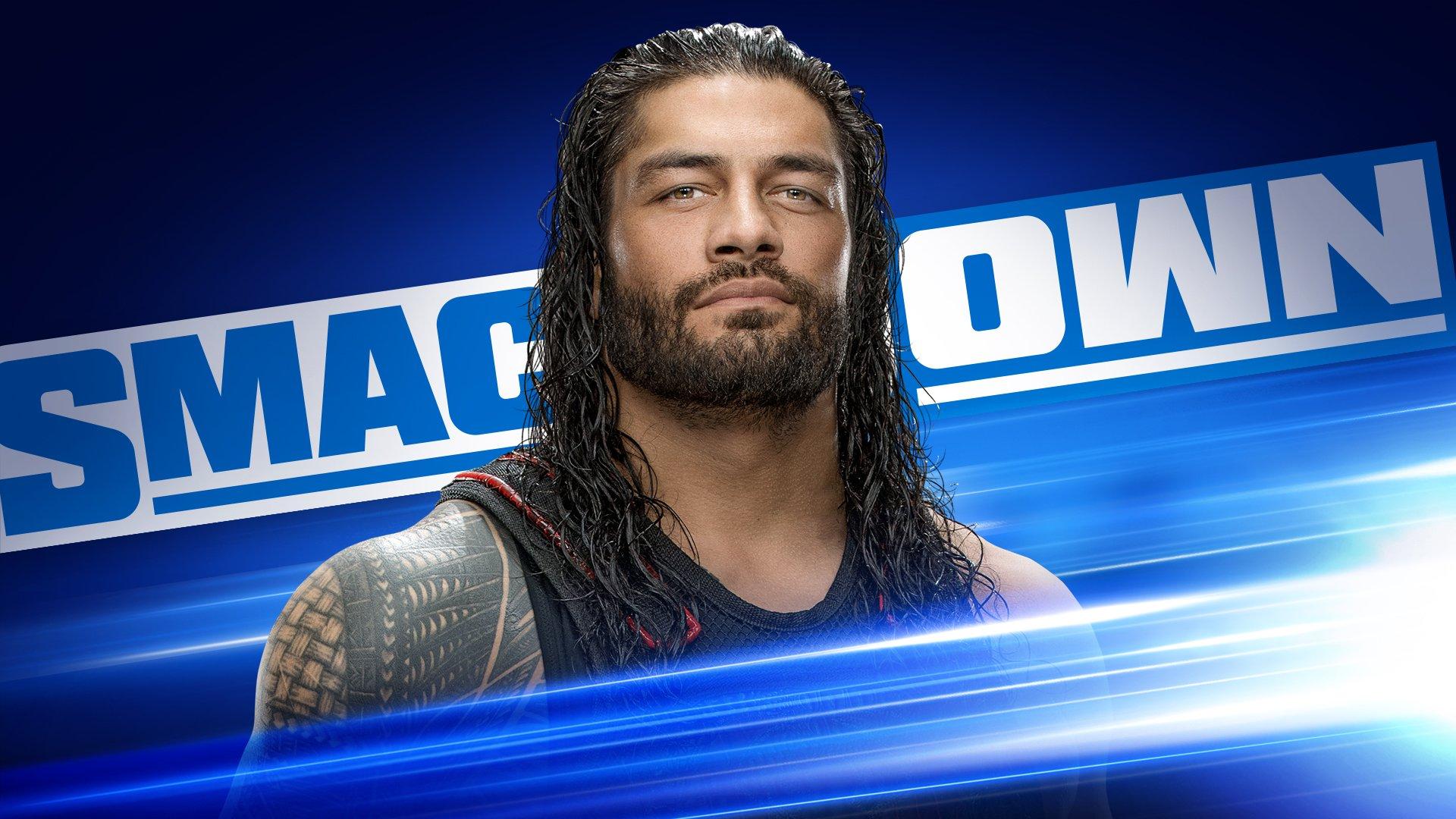 WWE hasn’t really told us much about what to expect tonight on Friday Night SmackDown. The Big Dog will be unchained. That’s all we knew for the longest time. It didn’t really tell us all too much.

Now we also know that The Miz will sit down for a one-on-one interview with Renee Young. Let’s see if they get through that one without Bray Wyatt inducting Monroe Sky into the Firefly Fun House or something on that level.

All that and so much more is going down, but we really have no idea what to expect yet. This week will be the go-home episode before TLC so we’ll just have to see what happens.

King Corbin is carried to the ring and there is security there to protect him from Roman. Dolph Ziggler was with him and they talked about how it smelled bad there. They made a dog food joke.

Corbin talked about how great his 2019 was. He defeated Angle at Mania. He won the KOTR and this Sunday he will finish humiliating Roman at TLC. He’s gonna make the Big Dog bow down to his king. When he does put down The Big Dog he will rule as the sole leader.

Corbin’s seen the nonsense about the Big Dog being off his chain. He said a scared dog runs away when he’s off his chain. He’s already proven that reigns is a shell of what he’s supposed to be. Then King Corbin said he’s got every door and window of the arena covered with security for Roman. “YOU LOOK STUPID” chants started.

Corbin said Roman isn’t showing up and the entire SmackDown locker room approves of what he did to Roman. Then to speak on their behalf, Ziggler addressed the crowd.

Ziggler said for once in his life Roman was the locker room leader and he stood up to Corbin and he got put down. Corbin said it’s the dawn of a new day and anyone who steps in their way will be forced to bow down. Then Ziggler said “join me as we all hail King Corbin.” This got some massive boos.

Kofi came out and cut a promo about where the New Day are. He walked everyone through KofiMania and losing his title. Now they’re seven-time WWE Tag Team Champions.

They got in the ring and said that Corbin looks really stupid, but he “damn sure ain’t a king” if he was a king then he would have pride and class, but he is incapable of doing that. Then Kofi said what Corbin did to Roman was disrespectful and he didn’t like it.

Corbin said Kofi had “one lucky day in his whole career” so Kofi slapped the taste out of his mouth. The crowd chanted “one more time.” Then Corbin said that Kingston is going to be humiliated like Roman Reigns.

After the commercial break, Corbin and Ziggler discover a slew of unconscious security guards backstage.

Bliss and Cross were being interviewed in the Gorilla Position and then Mandy and Sonya jumped them. They brawled on the ramp and they did a pull apart.

The bell sounded and they brawled a bit. Then Deville took control over Cross. She tagged out to Rose and they did a double team slam followed by a running knee from Rose for a two count.

Bliss pulled Rose out of the ring after a tag and Nikki Cross got a quick pinfall.

Sami Zayn was walking backstage singing a little diddy to himself when he came across Heavy Machinery. Otis got Sami’s name in the Secret Santa so he had a gift for him. Otis spelled Sami with eight “M’s.” It was a Christmas ham. Zayn said it’s “easily the worst gift I have ever gotten in my life.” He’s a vegan. He talked about animals suffering and said it’s an insult. Otis said he’s sorry and he was sad. He had a real pouty face. I felt bad for him. Poor Otis. He tried.

Sami continued to verbally insult him and he called him a “dumb oaf.” Then Shinsuke and Cesaro walked up and Zayn said they’re gonna take Heavy Machinery out in the tag team match tonight. Before they left, Cesaro smashed the ham on the floor. Otis didn’t like that. He was probably going to eat that.

Jessika Carr was the referee for this one.

Wilder and G wrestled a bit and Shorty was thrown out of the ring. Scott took out Ali and they banged Shorty against the announce table before rolling him in for a two count.

Then Dawson slapped on a painful headlock. Short created some space with a German Suplex. Wilder became the legal man and he wrestled around with Shorty G with a few roll up pins. Wilder hit a nice backbreaker and tagged Dawson. Then they hit Shorty with a brutal double-team doomsday device set-up looking thing, but Ali reversed it and everyone took a bad fall.

Shorty hit a bridging suplex and Dash hit a splash on G followed by Ali nailing a 450 splash on Wilder.

Ali looked like he was going for a tornado DDT, but the Revival nailed a Shatter Machine for the win.

Bayley cut a backstage promo on Lacey Evans. She’s wasted years of her career doing what people want and now she’s doing what she wants. She said Sasha is off recording a rap album. Then Elias was there with Dana Brooke.

Dana Brooke tried to get something going on the outside, but Bayley kicked out when she got back in. Brooke hit a powerbomb off the top rope, but Bayley won. Short match. Did nothing for Dana Brooke, but made Bayley look good.