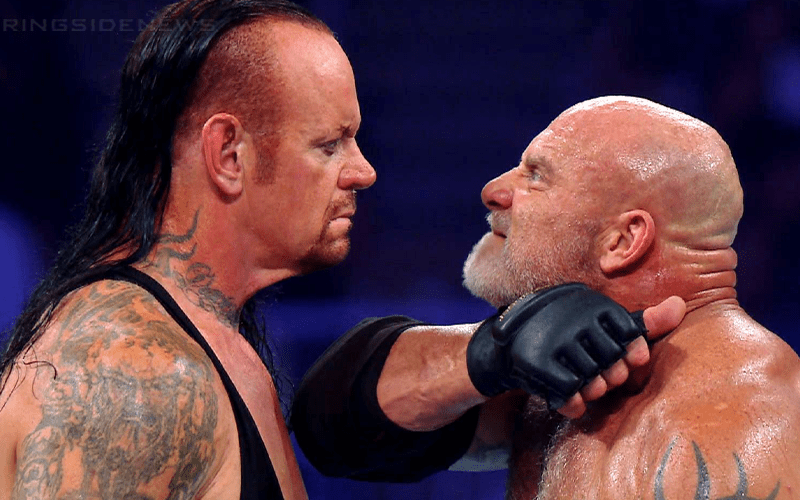 Goldberg is set to be a guest on the Broken Skull Sessions. Steve Austin will be getting into Goldberg’s WWE Hall Of Fame career and picking his brain as well.

They played a game of quick word association on the show. Austin read names for Superstars and Goldberg said the first thing that came to his mind.

Goldberg had great things to say about people like Vince McMahon and Sting as he said “thank you” and “mentor” respectively. Then when The Undertaker’s name came up Goldberg had an interesting reply

Goldberg and The Undertaker battled in Saudi Arabia. It was a match that both men might like to forget. Goldberg suffered a concussion during that match so he might very well be talking about getting in a shot on The Dead Man to get even down the line.