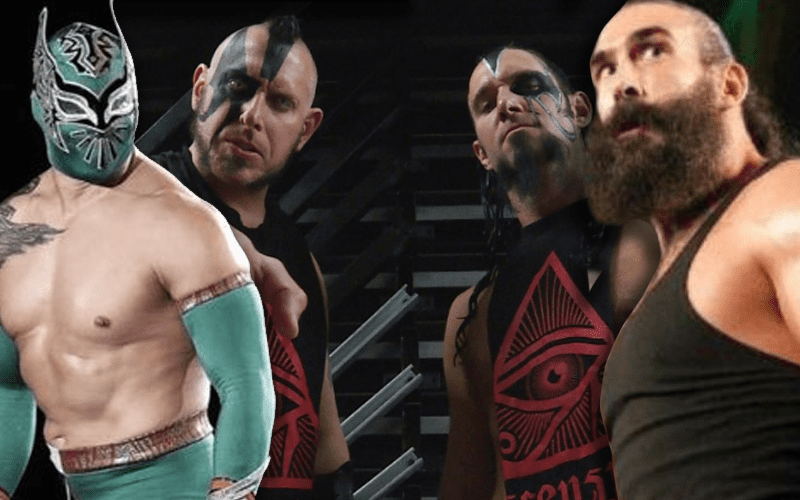 WWE released four Superstars from their contracts today. They did not release Mike Kanellis or The Revival. They did grant release requests for Luke Harper and Sin Cara. The Ascension hadn’t been used since WrestleMania and by the sound of it Viktor is pretty happy to be out.

Dave Meltzer said on Wrestling Observer Radio that WWE isn’t going to release anyone who would benefit All Elite Wrestling. With the current pro wrestling landscape like it is there will probably be interest somewhere for anyone released from WWE.

AEW wants to provide a pro wrestling alternative which doesn’t include filling their roster up with all former WWE Superstars. The Revival are likely additions to the AEW roster in time judging by the mention Cody Rhodes threw out to them. The problem is that Dash Wilder and Scott Dawson were not released today. In fact, they have a title match next Sunday at TLC which some are saying could be a way to mess with the Top Guys.

Luke Harper may end up in AEW because he does have friends there. He could also provide a ton of athletic and storyline potential.

Wrestling News reports another reason why WWE released Superstars today was to open up some room on their payroll. WWE has a ton of money, but they might need those extra funds to make bigger offers to current Superstars to entice them to stay.

A WWE source told me that another reason why the company is more open to releasing some wrestlers is that it helps them cut down on salaries while freeing up more money to offer deals to mid and upper card wrestlers who they don’t want to leave the company.

There are quite a few people in the company who might not be 100% happy. Everyone has their own way of voicing their opinions, but one of the best ways to tell WWE what they think is by not signing their big contract offers.

We’ll have to see who might be next to leave Vince McMahon’s company, but we certainly discovered today that WWE’s freeze on firing Superstars doesn’t exist anymore.