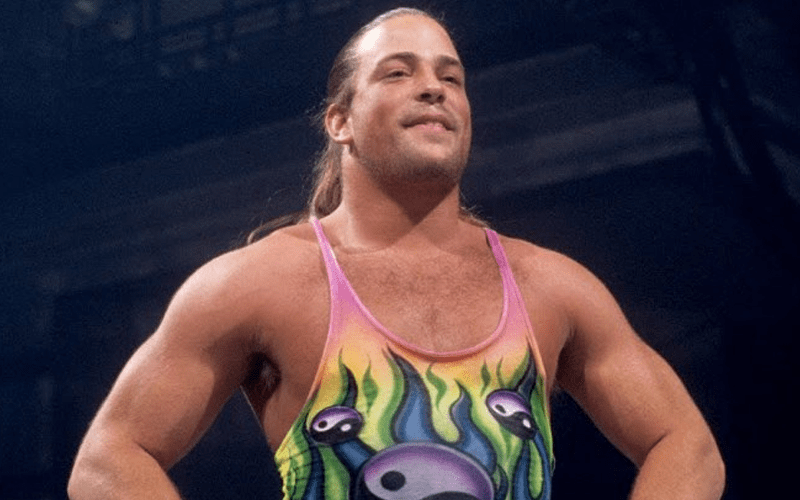 The pro wrestling scene has changed a lot since Rob Van Dam was coming up. At this point in his career he can take a look at the entire landscape and he doesn’t need to censor his opinion.

RVD was recently asked by a fan who he would face in their prime and why. They probably didn’t expect to receive the kind of response RVD had in mind.

Every fan who thinks we don’t feel every f*cking bump so they’d learn to respect the business for the right reasons instead of which characters they think they most relate to. I’d love to kick you all one time. And then one more time for being so annoying.

Thanks for the cheer but you’re so dumb you misunderstand why I’m saying you’re dumb. Now there’s another reason. You’re double dumb.

Another fan replied back with: “And I agree, people that think you’re not getting hurt in the ring are dumb. Or double dumb. Or even triple dumb. But you took issue with fans liking a wrestler because they can relate to that wrestler. What’s wrong with that?”

This didn’t seem to set too well with RVD as he continued to debate the topic while sharing his opinion on the subject. The pro wrestling scene has changed a lot since he was coming up, but there might be some things going on that Rob Van Dam isn’t 100% okay with.

“This refers to the fact that the image of pro wrestlers has changed to 170 lb, average dudes that probably punch the clock at Walmart in between their matches and don’t even have to change clothes. They used to be larger than life, now they are your life.”

“Everyone likes what they like, and find frustration with those that like differently. Fans can relate to a chop because they hear the slap, get bored at body slams-which they wouldn’t get up from,think we’re all friends playing like kids and find comfort thinking they understand”

We previously reported that Rob Van Dam took a shot at wrestlers who stole his style. He had a lot more to say and odds are he’s not done sharing his opinion.