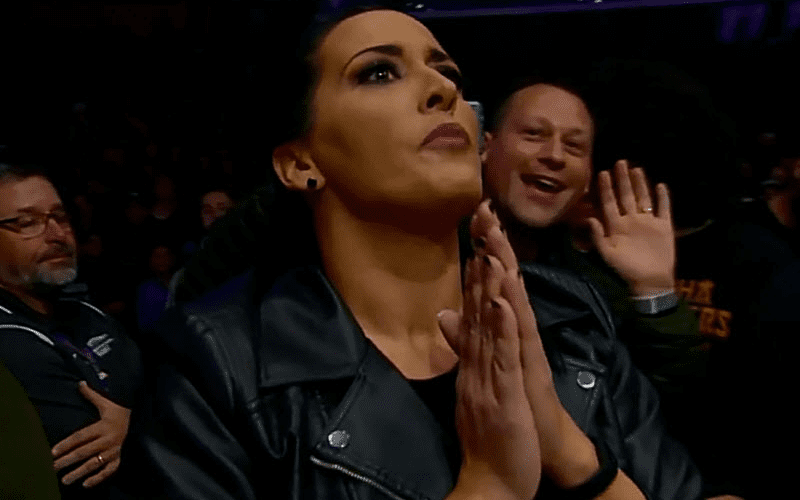 Brandi Rhodes revealed that the her union with Awesome Kong in AEW is going to be known as the Nightmare Collective. It appears they inducted their first recruit tonight.

Brandi Rhodes wanted Kris Statlander to join them, but she didn’t want to join the Nightmare Collective just yet. Then a fan volunteered from the crowd.

That fan was Melanie Cruise. She is from the Midwest and generally performs around the Chicago area.

It is unclear if Cruise will be staying with AEW as Brandi Rhodes and Awesome Kong’s Nightmare Collective stablemate past tonight. She does have plenty of ring time under her belt along with reigns as Guardians of RISE and Resistance Pro Woman’s Champion.