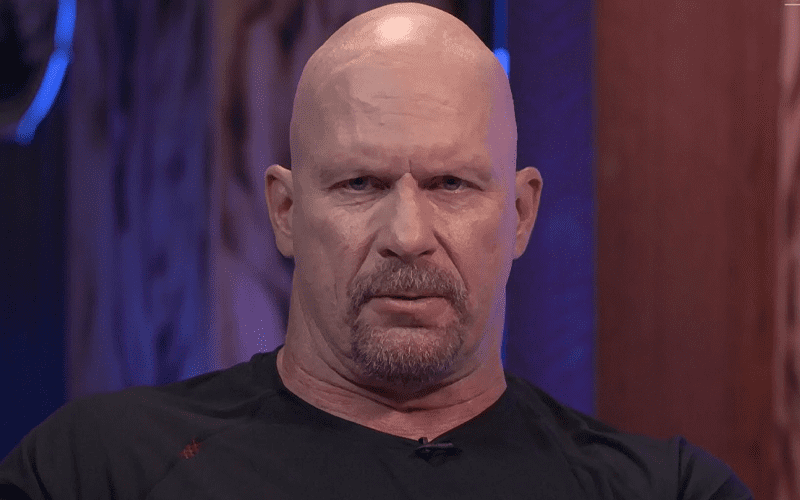 WWE Superstars must memorize scripted lines and sometimes they have to remember them in a pinch if it’s a late re-write. This is not how Steve Austin broke into WWE, but by the time he was finished with the company scripts were a very common practice.

While speaking to Eli Drake on the Steve Austin Show, The Rattlesnake remembered his reaction to the first time he was handed a script in WWE. He had been given lines to read before, but it was on a different kind of set. Austin was used to going to the ring and just letting it fly as Stone Cold, but after he returned from an injury hiatus all that changed.

“I’ll never forget when I came back from getting my neck fused, C3 and C4, in ’99 or whenever it was,” Austin remembered. “And when I left, we were cutting promos just like I told [Drake], man, you kind of go out there and it was what it was. You might have a bullet point or two, or someone might say, ‘hey man, remember this’ or whatever, but you go out there and you cut a promo.”

“When I came back, that’s when the papers started coming around. And all-of-a-sudden, man, I’ll never forget – I’ve told this story many times, but I was in a room with Vince, and, well, somebody had to track me down. I was watching matches. ‘Hey man, Vince wants to go through this promo with you’ and so, just like this piece of paper here, and I said, ‘Vince… when I get my hands on you… I… am… going… to… tear… you… limb… from… limb…’ He goes, ‘goddamn it, Steve! Give me your A-promo!’ And I’m like, ‘I’m not going to give you my A-promo here because I can’t give you my A-promo here because I’m not ‘Stone Cold’ in here!’ I’m ‘Stone Cold’ when I get out there and that’s when I turn that sh*t on and that’s when I’m in a whole different universe. And that’s when, dude, when the red light’s going, if it’s a TV taping, or especially if it’s live, that’s when I’m really on.”

Steve Austin had to adjust as did every other Superstar who remembers a time before WWE was dictating every line spoke on screen with the help of a room full of writers. It just shows that the times are always changing and even the best need to figure out a new way to go about things at times.