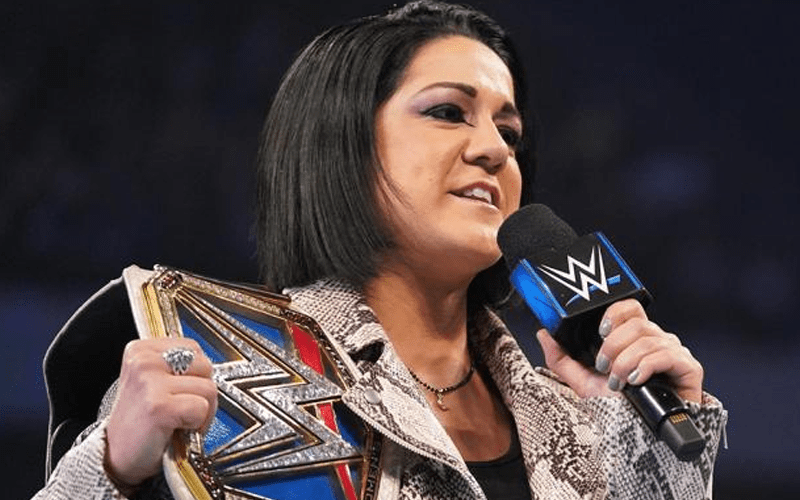 Bayley is not happy about how Starrcade went down. She might not have been the one tapping out at the end of the WWE Women’s Tag Team Title fatal four-way match, but she still lost.

Kairi Sane and Asuka could have big targets on their backs now. It appears that they are feuding with Becky Lynch and Charlotte. The Kabuki Warriors could also have Bayley and Sasha Banks to contend with.

The WWE Universe Twitter account tweeted out an animate gif from Starrcade. The caption to this media said that you cannot trust Kairi Sane. Bayley realizes this all too well as she replied saying:

You’re done for Kairi. We want a match with Kabuki Warriors

Let’s see if Sasha Banks and Bayley will be able to become two-time WWE Women’s Tag Team Champions soon enough. Either way, Bayley still wants to get her hands on Kairi Sane.